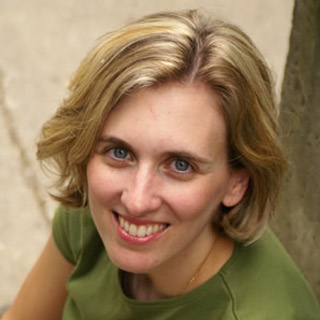 Companies can now swab a cheek and scan a person’s genes in order to examine whether there is a risk of developing a number of diseases. Supposedly, few of these diseases may not presently be treatable. Atleast, this is what experts from the University of Michigan Medical School claim.Though such companies seem to have usually marketed genetic testing to adults, some offer parents the alternative of testing their children.

For the purpose of the study, Beth A. Tarini, M.D., M.S., assistant professor of pediatrics at the University of Michigan Medical School along with her colleagues took a national internet-based survey of nearly 1,342 parents. Experts provided them two vignettes describing hypothetical diseases without treatments. Parents were asked to report their interest in predictive genetic testing for their children based on the vignettes.

Tarini discovered that approximately more than one-third of parents seem to be curios in predictive genetic testing for their children for a disease for which there appears to be no treatment.

It was estimated that more than one-fourth of parents were constantly interested in predictive genetic testing for their children. This seems to be in spite of how severe the disease symptoms or whether the disease was developed during childhood or adulthood.

Predictive genetic testing is believed to inform individuals of their risk of future disease based on an analysis of their genetic composition.

However, the medical organization advises against predictive genetic testing for children for untreatable diseases partially. This is mainly due to the concerns about the probable psychological harms involved with knowing that a child is at risk for a disease for which there is currently no treatment.

Believers of genetic testing, particularly in cases where there is no treatment or cure seem to argue that genetic testing could perhaps assist them in preparing for the start of the illness and observe for study trials wherein they could participate.

Tarini stated that, “Physicians are no longer the gatekeepers for genetic testing. As physicians, we need to be proactive in discussing the risks and benefits of this testing with parents so that they can make informed decisions.”

The study findings were noted to have significant implications because parents now have the ability to access genetic testing through private companies which advertise via the Internet.

Furthermore, with these findings, it is possible that parents might perhaps select genetic screening strategies for all diseases including Parkinson’s disease. This disease is known to occur in adulthood and cannot be prevented.

In addition, if parents support testing in these severe circumstances, then they may perhaps be equally or more likely to endorse predictive genetic testing when treatments or preventions exist. For instance, treatments for type 2 diabetes or heart disease. Apparently, these severe circumstances represent the majority of predictive genetic tests which are available via the Internet.

The findings of the study will be published in the journal, Pediatrics.