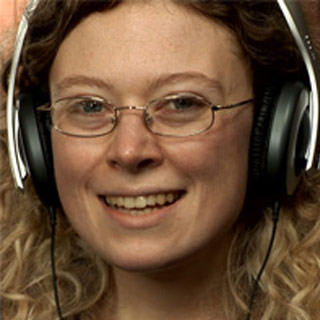 According to a novel study, it may not be possible to evaluate a book by its cover, however judging someone by the contents of their iTunes library seems to be a very different story.

Experts from the University of Cambridge have revealed that many of us make use of musical taste both as a way of expressing our own identity, as well as to form and refine our views about other people.

Experts discovered that depending on their musical preferences, sample groups of subjects regularly seem to make similar assumptions about people’s personalities, values, social class and even their ethnicity. For example, rock fans are usually believed to be rebellious and artistic, but emotionally unstable whereas, classical music-lovers may perhaps be perceived as friendly and intellectual, however unattractive and a bit boring.

A novel analysis also appears in the psychology journal, Group Processes and Intergroup Relations. The findings of this new study showed that music seems to be an influential form of social expression which can reinforce stereotypes and potentially, social prejudices. Supposedly, by stating a preference for a musical style, many of us appear to use music as a ‘badge’ to let people know about our personality and values.

This study was noted to have been led by Dr. Jason Rentfrow, from the University’s Department of Social and Developmental Psychology and a Fellow of Fitzwilliam College, Cambridge. Apparently, he is conducting the current research into the links between personality and musical taste.

Dr Rentfrow said that, “Humans, as social beings, develop techniques that help them to predict what another person is going to be like from the moment they first meet. Because we can’t carry out a full psychological assessment on the spot, we ask them questions which help us to build up a picture of their personality. This research suggests that, even though our assumptions may not be accurate, we get a very strong impression about someone when we ask them what music they like.”

It was observed that previous studies have analyzed how young people in particular use music as a badge of identity. However, till today, little seems to have been done in order to examine accurately what kind of messages we are sending and receiving when we make claims about our musical taste.

For the purpose of better understanding this criterion, Dr Rentfrow asked subjects to consider six broad genres namely rock, pop, electronica, rap, classical and jazz. Apparently, more precise terms were not used as they are not always broadly understood. Since experts were interested in the assumptions that people would make, no description of the genre was given beyond its name.

During the study, the participants were asked to rate fans of each genre according to a set of personality dimensions. Apparently, these personality dimensions were known as the ‘Big Five’ and widely used by psychologists. These are extraversion, agreeableness, conscientiousness, neuroticism and openness.

Later, they were asked to rate fans’ personal qualities, such as intelligence, physical attractiveness and athleticism, on a scale of 1 to 7. The same scale was then believed to have been used in order to assess a series of 18 things which fans might value, such as ‘a comfortable life’, ‘true friendship’ and ‘national security’. Lastly, subjects assessed the possibility that fans may perhaps come from each of 16 UK ethnicities and five degrees of social class.

Experts then measured the results in terms of ‘effect sizes’, which helped them to identify any area in which there was a noticeable level of consensus between the study’s participants.

The findings revealed that this seems to exist in nearly 77% of cases. Additionally, people agreed particularly strongly about the types of people who like classical music, rock and rap. Allegedly, the profiles for each genre were both constant and differed sharply from one another. This seems to suggest that the stereotypes are both straightforward and firmly held by many subjects.

For instance, Jazz fans seem to have been viewed as friendly, emotionally stable people with a limited sense of responsibility. On the other hand, rap fans were seen as more hostile, however energetic and athletic.

Apparently, classical music was linked to white, upper-class people and rap to black or mixed black people from lower class backgrounds. Furthermore, all six styles appear to be associated with middle class people.

“It is now common practice to list your favorite bands on sites like MySpace or Facebook. This research shows that in doing so, many of us are also making clear public statements of who we are and how we should be perceived, whether we are conscious of that or not.,” adds Dr Rentfrow.

Experts were of the opinion that while these stereotypes may not be true, they do signify that people are making very clear statements about their self-image and their personality when they discuss their favorite bands or composers.

Also, they claimed that the way in which these genres are represented by artists and in the media appear to reinforce and therefore perpetuate such stereotypes.

Implant-based cancer vaccine may be able eliminate tumors in mice