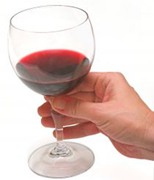 According to a study, moderate drinking may lower the risk of a type of kidney malignancy called renal cancer.

Researchers at Brigham and Women’s Hospital in Boston found that women and men who drank an average of one alcoholic beverage a day were about 30 per cent less likely to develop renal cancer than non-drinkers.

Jung Eun Lee and other researchers reviewed data from 12 previous studies that included over 7,50,000 people in five countries.

However, the researchers insisted that no smoking and maintaining a healthy weight are the best ways to protect oneself from renal cancer.

The researchers noted that alcohol raises the risk of cancers of the oral cavity, larynx, throat, esophagus, liver and breast and possibly the colon and rectum.

They said that the best way to reduce the risk is to say no to smoking and maintaining a healthy weight.

“These healthy lifestyle choices (not smoking, weight control) should be encouraged, and doing so may also reduce the risk of many other cancers as well as cardiovascular disease,” said Lee in the study that appeared in the May 16 issue of the Journal of the National Cancer Institute.