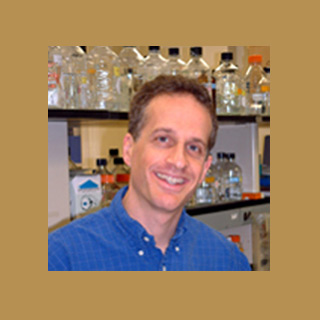 A team of scientists from The Wistar Institute have revealed that a huge non-coding RNA in mammals and yeast seems to play an essential role in helping maintain telomeres. Recently, they were believed to have identified telomere-repeat-encoding RNA (TERRA) as an essential component of DNA within the telomeres of multiple species.

The Wistar team demonstrated how TERRA may perhaps interfere and partially stabilize interactions between telomeric proteins which seem to play crucial roles in DNA replication.

Telomeres are known to be the tips of chromosomes which contain important genetic information. They are also known to have been assisting in regulating cell division. Since this RNA also facilitates the formation of DNA at telomeres, manipulating its expression may perhaps prove beneficial in treating cancer and other diseases. The formation of DNA at telomeres occurs through a process which could possibly protect aging cells and weaken tumor cells.

The stable shortening of telomeres with each replication in somatic cells apparently is linked to cellular aging, genetic instability, and tumor formation. This is because telomeres eventually seem to ‘run out’ after a definite number of cell divisions thereby leading to the loss of vital genetic information from the cell’s chromosome with potential divisions.

“TERRA is a major component in helping protect the genome at a very sensitive place, the telomeres. By managing TERRA levels we have the potential to regulate cellular aging and to impair the functioning of cancer cells,” says senior author Paul M. Lieberman, Ph.D., a professor in Wistar’s Gene Expression and Regulation Program.

TERRA is known to be linked with telomeric factors. However its specific function and mechanism of localization at telomeres appears to have been mostly unidentified.

Lieberman along with the Wistar scientists described how they discovered the telomere proteins which seem to interrelate with TERRA and the processes by which they are carried out. The team identified telomeric proteins namely shelterin components TRF1 and TRF2, as well as origin recognition complex subunits ORC1, ORC2, and ORC4 inside the cell cultures via the RNA affinity purification process. RNA affinity purification is known to be a process which separates a single type of protein from a complex mixture. Supposedly, telomeric proteins were bound to a TERRA oligonucleotide sequence but not to control oligonucleotides.

Furthermore, with the help of RNA chromatin immunoprecipitation assays (ChIPs), the team discovered that TERRA could possibly be bound by telomeric proteins signifying that TERRA was an element of the Shelterin complex. RNA ChIPs seem to be specific pieces of RNA which are isolated from bound proteins.

Lieberman claimed that the findings may perhaps put forward significant clues which point to strategies for varying the expression of TERRA as methods to treat cancer and other diseases of aging.

The findings of the study have been published in the journal, Molecular Cell.