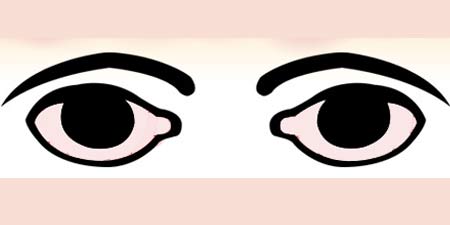 Most of us have heard the notion, ‘Eyes don’t lie.’ Well, tweaking this sentence a bit, professionals from the University of Oslo have put forth that the pupils play a very important role in psychology across various species of creatures.

The pupil is the black portion of the eye that is known to alter its size depending on the light in a room. When in a dark room, the pupils pop out to introduce more light into the eyes, while in sunlight, they narrow down. Basically, the team put forth that pupils tend to enlarge while paying close attention to a particular object or person.

“It’s not clear why this happens. One idea is that, by essentially enlarging the field of the visual input, it’s beneficial to visual exploration,” specified Bruno Laeng of the University of Oslo.

Usually people suffering from amnesia are unable to distinguish between pictures seen previously and new images. However, in this trial, their pupil-size changed as images that were noticed initially came to their sight once again. This showed that their brain still had memories of the pictures witnessed previously.

Measuring pupils could also help in understanding the behavior of babies. While in most studies, the duration an infant stares at a specific image relative to the other, is noted, gauging its pupil size may help in comprehending the same without any need of comparisons. This may give professionals a clue of what the child is interested in.