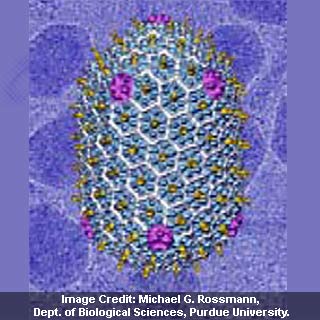 Viruses so far claim to have been known to merely affect human health. Now we have something more to add to our knowledge. Scientists with the Agricultural Research Service (ARS) have recently revealed that virus enzymes known as phages enzymes may contribute towards improving human and animal health.

It is believed that endolysins, the phage enzymes attack bacteria by destroying their cell walls. These endolysins tend to differ from antibiotics which are considered to have an extensive range. The endolysins aim for unique bonds in the cell walls of their hosts. It is considered to be of utmost importance since it means non-target bacteria have fewer chances to generate renitence capability to endolysins.

Researchers at the ARS Animal Biosciences and Biotechnology Laboratory in Beltsville, Md, in cooperation with federal, university and industry scientists, have created and are patenting technology in order to create strong antimicrobials. This they hope to do by fusing genetic material from multiple cell-wall-degrading endolysins. The researchers and biopharmaceutical companies are expected to come in cooperation for estimating and further developing the technology.

Moreover, findings by ARS biologist David M. Donovan have revealed that enzymes from bacteria-infecting viruses known as phages may be used for completely destroying multi-drug-resistant pathogens which adversely influence both humans and animals, such as methicillin resistant Staphylococcus aureus, also known as MRSA.

According to a research by scientists, these virus enzymes eradicate pathogens in biofilms, which are matrices of microorganisms that can attach to a variety of surfaces. It is believed that biofilms are insusceptible to antibiotics and partly responsible for several human infections.

Another pertaining research has revealed that using the endolysins lysostaphin and LysK altogether prevented the growth of staphyloccal strains that cause mastitis in cattle and staph infections in humans.

This research was published recently in the journal Biotech International.