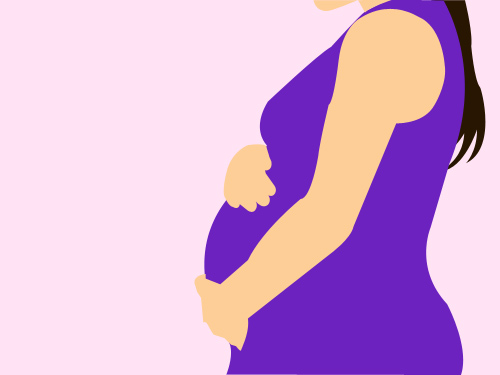 A latest study carried out by scientists at Wake Forest University School of Medicine seems to reveal an essential component in the development of preeclampsia in pregnant women. Preeclampsia in expectant mothers is a condition which could possibly lead to miscarriage and maternal death.

Preeclampsia is known to be a disorder which occurs only at the time of pregnancy and the postpartum period. Apparently, it is a rapidly progressive condition which impacts multiple body systems, causing high blood pressure, reduced liver function. Furthermore, in the most severe cases, it appears to be affecting the activity of the brain thereby resulting in seizures.

Swelling, sudden weight gain, headaches and changes in vision are known to be among the symptoms. However, some women with rapidly advancing disease supposedly report lesser symptoms. If preeclampsia is left untreated, it could result in severe, even fatal, complications for both mother and the newborn.

It was estimated that this condition contributes considerably to neonatal morbidity and mortality. In addition, it is known to be the second leading cause of maternal death.

According to the Preeclampsia Foundation, by customary estimates, preeclampsia and other hypertensive disorders during pregnancy are believed to be responsible for nearly 76,000 maternal and approximately 500,000 infant deaths every year.

For the purpose of the study, experts focused on recognizing the dissimilarities in the uteri of pregnant women with and without preeclampsia. In addition, they examined how the mother’s tissues differ from the immediately adjoining fetus’ tissue in preeclamptic women.

“Preeclampsia is a very serious condition that affects 7 to 10 percent of all pregnancies in the United States. It can be devastating to both mother and baby, and currently there is no cure except to deliver the fetus. Our finding brings us one step closer to understanding the condition by getting a picture of what is happening at the maternal and fetal interface,” says lead author of the study, K. Bridget Brosnihan, Ph.D., and a professor in the Hypertension and Vascular Research Center at the School of Medicine.

Despite numerous research studies, the specific causes of preeclampsia appear to remain a mystery. Evidently, one probable pathway which has been identified is the renin-angiotensin system (RAS). The RAS is known to regulate blood pressure and fluid retention.

When the RAS is operating normally, it seems to form a hormone called angiotensin II within the maternal uterine ‘bed’ and the fetal placenta. Angiotensin II appears to be an effective vasoconstrictor which binds to angiotensin II receptors throughout the body. Allegedly, it causes the muscular walls of blood vessels to contract thereby narrowing the diameter of the vessels and increasing blood pressure.

In normal pregnancy, the uterus is believed to have lower RAS activity which produces less angiotensin II thereby leading to widened blood vessels. Apparently, this results in low blood pressure. In addition, RAS activity seems to allow more oxygen and nutrients in order to pass from the mother’s uterus to the placenta and fetus. Oxygen and nutrients are noted to be beneficial for fetus’s development.

In preeclamptic women, the activity of the RAS seems to have increased in the uterus. However the mother’s vessels appear to remain dilated and the fetus’ vessels constrict more than normal. For this, Brosnihan and colleagues focused on finding the reason for this in the present study.

The findings revealed that the angiotensin II receptors seem to be unnoticeable in the uteri of preeclamptic women. Supposedly, in normal pregnancy, this does not turn into a problem because there is less angiotensin II being produced which makes the receptors less significant.

However, in preeclamptic women, the hormone does not bind to its receptors in the uterus as it should. Nevertheless it seems to pass through to the vessels of the fetal placenta and constricts the fetus’ vessels. This constriction thereby limits the fetus’ oxygen and nutrient intake and frequently causing low birth weight.

Apparently, the only identified method to cure preeclampsia is delivery of the baby. Women diagnosed with preeclampsia too soon in their pregnancy may need to put delivery as an option and allow the baby more time to mature, without putting themselves or their babies at danger of grave complications.

Brosnihan further continued, “The placenta is really thought to be a key cause of preeclampsia. That’s why we were interested in the interface between the mother’s uterus and the fetal placenta. The placenta itself is a key factor in getting rid of the disease. Once the fetus and placenta are delivered, preeclampsia goes away, so the disease seems to originate there. It is very hard to control parts of this system to prevent preeclampsia without hurting the baby. Our study provides some insight into maternal factors that may augment the disease. Hopefully, one day, we will be closer to finding a cure.”

Brosnihan claimed that inhibitors of the RAS are believed to have awful effects on the fetus, so controlling the system is difficult in preeclamptic women. Since it regulates blood pressure, many people with hypertension consume medicines which function by affecting the RAS function. Those medicines, however, seem to be inadvisable for pregnant women.

The appears in the September issue of Endocrinology.