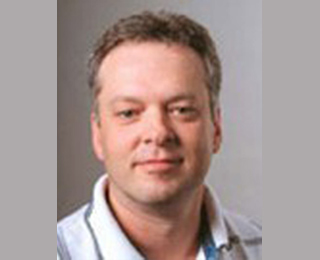 Approximately 46 million Americans have arthritis as per the National Center for Chronic Disease Prevention and Health Promotion. Supposedly almost all the people consume over-the-counter anti-inflammatory medications that obstruct production of certain molecules, called as bioactive lipids to decrease pain and swelling. Even then, the role of these lipids has not been understood properly and medications may have unfavorable side effects. Lately, University of Missouri researchers apparently claimed to finish the first comprehensive analysis of bioactive lipids in an inflammatory response generated by the Lyme disease agent, Borrelia burgdorferi. This analysis could throw light on the role bioactive lipids play in inflammatory diseases.

Many diseases, such as arthritis, cardiovascular disease and diabetes are associated with chronic inflammation. The first step in finding an effective treatment is to understand the basics of an inflammatory response, including the role of bioactive lipids. Understanding how bioactive lipids regulate the disease processes will lead to the development of drugs that have more specific targets and less adverse side effects. This is as per Charles Brown, associate professor of veterinary pathobiology in the MU College of Veterinary Medicine.

The experts probed into the role of particular bioactive lipids in mice affected with Borrelia burgdorferi which is the bacteria supposedly to blame for Lyme disease. Eicosanoids are bioactive lipids that seem to play an imperative role in inflammatory disease. These were apparently removed from mice that exhibited symptoms of Lyme arthritis and from mice that showed no symptoms. The experts discovered differences in the quantity of definite eicosanoids in the samples, which were apparently associated with the severity of arthritis in the mice.

Brown commented, “The process of inflammation is not a passive event, but instead is a coordinated, orderly process actively signaled by specific protein and lipid molecules. Previous studies investigating eicosanoids have focused on singular pathways or phases of the inflammatory response. These studies provided an incomplete picture and gave the impression that some bioactive lipids function in isolation. In our study, we were able to measure virtually all of the known eicosanoids at the same time and examine a more complete picture of the inflammatory response.”

The findings could also interpret into an analytic tool for evaluating individual patients, assist with the growth of more disease-specific therapies, and may aid the advancement of individualized medicine. This may apparently result in more effective treatments for inflammatory diseases with lesser side effects.

Lyme arthritis crops up in about 60 to 80 percent of individuals who were apparently not treated with antibiotics during their infection, and patients may normally be given anti-inflammatory drugs to apparently treat their pain and swelling. As per Brown, arthritis in mice caused by Lyme disease may be a good model to show how bioactive lipids supposedly control the process of inflammation, as experts could monitor the process from the beginning to the end.