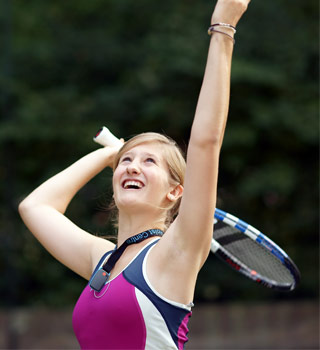 At the IEEE Engineering in Medicine & Biology Conference (EMBC) in Minneapolis, Minnesota (USA), IMEC and its research affiliate Holst Centre presented a model of an ECG necklace. This technology may facilitate long-term observation of cardiac performance and permits the patients to remain ambulatory and carry on with their usual everyday activities while under surveillance. The embedded beat detection algorithm may deal with the artefacts inbuilt to ambulatory monitoring systems.

The electrocardiogram or ECG necklace could be simple to use and may be distinguished by low power consumption, apparently guarantying 7 days independence. It supposedly includes IMEC’s proprietary ultra-low power analog readout ASIC i.e. application-specific integrated circuit. It claims to depend on a low power commercial radio/microprocessor platform.

A wavelet-based heart beat detection algorithm is apparently implanted in the processor that may ensure the precise calculation of the instantaneous heart rate, even under a lot of noise. A second ultra-low power microcontroller unit may be in charge of the wireless transmission of the ECG data to a computer in a range of an approximate 10m. A voluntary memory component could allow data logging for applications in which the receiving computer may not be in the vicinity.

The heart beat is apparently sensed with 1 sample resolution. Best-in-class performances are apparently attained by the algorithim, with about 99.8% sensitivity and 99.77% positive predictivity on both the MIT-BIH database and a proprietary database of ambulatory ECG recordings. An acceptable performance is supposedly accomplished until 0dB SNR which is a signal to noise ratio.

IMEC’s general technology for wireless ECG systems, like the new ECG necklace sample, may be used for people who are at risk of cardiovascular disorders. Heart beat and beat analysis information for fit & healthy people and therapy compliance and follow-up for people under cardiovascular treatment could also be found by this new device.