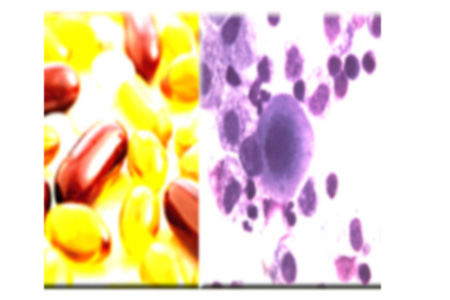 According to researchers from the University Of Rochester Medical Center, when a specific gene is induced to raise the expression of a vital enzyme, Vitamin D guards prostate cells from getting damaged and other injuries that can lead to cancer.

“Many epidemiological studies have suggested the beneficial properties of vitamin D,” said Yi-Fen Lee, associate professor of urology at the Medical Center who led the research. “Our findings reflect what we see in those studies and demonstrate that vitamin D not only can be used as a therapy for prostate cancer, it can prevent prostate cancer from happening.”

Yi-Fen Lee and her colleagues in the research found that through a single mechanism that contains Vitamin D can guard cells from oxidativestress. The 1, 25-hydroxylvitamin D3 that has the advantage of acting as an active form of vitamin D in a human’s body, is used in the study.

The reactive oxygen species (ROS) and the molecules of peroxide for instance are the free radical that acts as a significant character in the cell signaling and also killing the bacteria. Greater levels of reactive oxygen species are generated due to the exposure to chemicals and other kinds of radiation. There are possible chances of the DNA getting damaged by the ROS.

Vitamin D gets associated with a gene known as G6PD says Yi-Fen Lee. G6Pd creates an enzyme known as glucose-6-phosphate dehydrogenase and this enzyme even eradicates cells of ROS that are known to destroy and injure cells. “If you reduce DNA damage, you reduce the risk of cancer or aging,” Lee said. “Our study adds one more beneficial effect of taking a vitamin D supplement. Taking a supplement is especially important for senior citizens and others who might have less circulation of vitamin D, and for people who live and work areas where there is less sunshine.”

She added that the greater portions of vitamin D must not be accepted without medical administration. Lee said that the route to G6PD can be through vitamin D mechanism. It was not evident through any such activity in prostate cancer cells says the researchers. “Vitamin D does not protect cancer cells from injury or damage, which is good,” Lee said.

The findings would be published in the June 15 issue in The International Journal of Cancer.