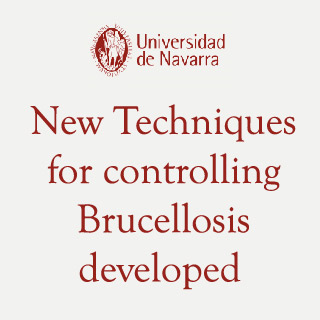 It appears that brucellosis which is believed to be an ancient disease having emerged immensely in many parts of the world can now be controlled to an extent. Researcher David Garcia Yoldi of the Pharmacy Faculty at the University of Navarra claims to have recently developed new methods for identifying and distinguishing brucellosis.

It is believed that this scientist’s research work undertaken at the Department of Microbiology and Parasitology of the university, will be partly responsible for restraining this pathology in the developing world.

Brucellosis is one of the major bacterial zoonoses caused by infection with the bacterial genus namely Brucella. This disease is believed to be transmitted from animals to humans by ingestion of infected food products, direct contact with an infected animal or inhalation of aerosols.

Garcia expresses that immense economic losses are caused in underdeveloped countries by these and ‘their control and eradication largely depend on laboratory trials which ensure precise diagnosis and typification.’

These findings are based on the comparison of the genomes of various strains of the Brucella bacterium. Garcia’s results and conclusions have elevated the publication of five scientific articles in specialized international magazines.

“After a detailed study of the genomes of various strains, we created a system – known as Bruce-ladder -, capable for the first time of differentiating between all the species, including those isolated in marine mammals and the strains employed as vaccines”.

The trial has been validated by seven European laboratories comprising more than 600 different strains of Brucella. All these have been identified in both humans and animals from the five continents and now suggested as a system of typification for Brucella by the World Organization for Health Animal (OIE). In a similar manner, the analysis categorized between five biovarities of B. suis, pathogenic species primarily influencing pig livestock.

The results of these researches have increased international patent along with the preparation of four kits for the purpose of veterinary use and which are presently being marketed by Ingenasa S.A. biotech company.