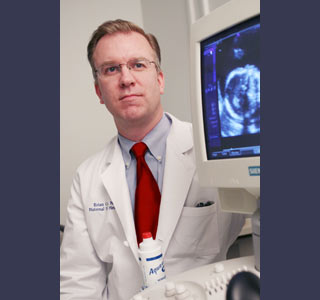 A diminutive butterfly-shaped gland at the base of the throat better known as the thyroid gland generates hormones controlling most of the body’s metabolic functions. Patients suffering with ailments of thyroid register disturbance in sleep, mood and mental sharpness, and either weight gain or weight loss. According to experts from the UT Southwestern Medical Center, expecting mothers with antibodies depicting early thyroid disease are three times as likely to have placental separation during labor.

The study undertaken on more than 17,000 women, does not display any benefits from daily screening pregnant women for thyroid disorders. The thyroid is known to amalgamate iodine into thyroid hormones. It does this with the assistance of the enzyme called thyroid peroxidase (TPO). Sufficient levels of thyroid hormones are seemingly produced by individuals by the intake of table salt consisting added iodine.

The authors elucidate that in certain autoimmune diseases, the body develops antibodies against the TPO, further disrupting its function. With interruptions in the enzymes function, the hormone levels supposedly reduce and the body’s metabolism slows down. It was ascertained that if antibody levels continue to be decreased then in some instances the thyroid produces normal quantity of hormone.

Dr. Brian Casey, professor of obstetrics and gynecology at UT Southwestern and the study’s co-lead author explained, “Our work shows a link between anti-TPO antibodies and placental abruption, but that does not necessarily mean that thyroid supplementation would improve the health of the women or babies.”

While conducting the study, investigators examined samples of serum from women before 20 weeks of pregnancy. Serum is known to be the clear, liquid fraction of blood. The results were compared to levels of anti-TPO antibodies with the mothers’ and babies’ health after birth. The experts affirm the inclusion of only singleton births for the study. During the analysis it was discovered that among the 17,298 study participants, around 6 percent comprising 1,012 women tested positive for the anti-TPO antibody.

But difference in placental abruption, a complication threatening survival in which the placenta separates from the uterus too early was registered. 1 percent of antibody-positive women and 0.3 percent of antibody-negative women suffered from the abruption. Health of the babies encompassing birth weight, rates of admission to intensive care, etc. was ascertained to remain unperturbed due to antibody status.

Further investigations are being conducted to determine influence of supplementations with thyroid hormones on pregnancy outcomes. Experiments assaying the relationships between other thyroid-related measurements and birth outcome are also undertaken.

The study will be published in the August issue of Obstetrics and Gynecology.