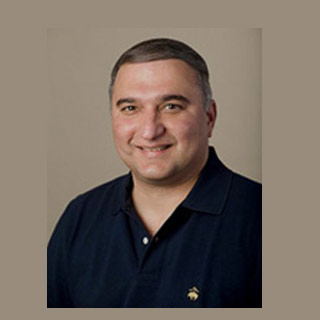 You might have certainly deemed a lot and realized that stress does not only adversely influence your emotional and mental wellbeing, but can also affect your physical health. But do you know short-term stress may have certain beneficial effects too? According to researchers at the Stanford School of Medicine, short-lived stress may positively affect anti-tumor activity.

The recent findings on laboratory mice, has revealed that short-term stress can contribute towards hoisting the immune system functionality and protect against one type of cancer. Indeed, the positive influence of this occasional anxiety accompanied by distress appears to last for weeks after the stressful event has ended. The research has emerged as quite striking since chronic stress results in exigent immune system and elevated vulnerability to disease.

“This is the first evidence that this type of short-lived stress may enhance anti-tumor activity. This is a promising new way of thinking that calls for more research. We hope that it will eventually lead to applications that help us to care for those who are ill, by maximally harnessing the body’s natural defenses while also using other medical treatments,” mentioned Firdaus Dhabhar, PhD, associate professor of psychiatry and behavioral sciences and a member of Stanford’s Cancer Center, and Institute for Immunity, Transplantation and Infection.

The examiners studied a particular type of skin cancer known as squamous cell carcinoma, recognized to be susceptible to attack by the immune system.

For investigators, it appears equally significant to understand the link between stress and the immune system which further assists in preventing diseases like cancer. It is discovered that, the fight-or-flight response to a temporary distressing situation aggrandizes immune cells to the surface of the skin along with the surrounding lymph nodes reasonably for preparing for imminent injury.

“Acute stress galvanizes an organism’s protective systems,” stated Dhabhar, whose laboratory focuses on understanding the physiological effects of both acute and chronic stress. “But although it’s one of nature’s fundamental survival systems, thus far it’s been rather underappreciated.”

Further, the scientists examined the effect of short-term, or acute, stress on nearly 30 laboratory mice exposed for about 10 weeks to thrice-weekly doses of cancer-causing ultraviolet light. The light was non-blistering and non-burning and the mice experienced only a slight reddening of the skin after each exposure. But because the light was composed mainly of the most dangerous wavelength called UV-B starting at week 11, many of the mice went on to develop precancerous and cancerous growths similar to those seen in humans.

In order to stress the mice, the examiners put them in sufficiently-ventilated plastic tubes for nearly 2.5 hours before UV exposure from weeks four to six, for a total of nine bouts of stress. The mice were not compressed but their ability to move was controlled. Earlier research had revealed that mice confined in such a way mount a behavioral and hormonal stress response.

“It’s possible that the pre-tumor cells were eliminated more efficiently in the group that was stressed. There may also have been a longer-term enhancement of immunity as we have seen in our non-cancer-related studies,” explained Dhabhar, explaining why tumor development appeared to lag in the stressed mice. “However, acute stress did not lower tumor burden beyond week 26. We are in the process of determining why.”

Dhabhar along with his colleagues established a comparison between the prevalence and tumor burden of the skin cancers in the stressed mice with that of a non-stressed, UV-exposed control group of 30 mice. They discovered that fewer of the mice that had been acutely stressed developed skin cancer during weeks 11 through 21, and that those that did exhibited a lower total amount of tumors (a measurement called tumor burden) than the non-stressed mice.

In the research, the stressed mice were not safeguarded indefinitely. Nearly 90 percent of the mice in both groups developed cancer after week 22, though the stressed group continued to have fewer tumors until week 26.

“Evolutionarily, it makes sense,” remarked Dhabhar. “In nature, stress and immune activity are typically coupled. It’s like a lion chasing and wounding a gazelle. Nature taps into this stress response to give a boost to the immune system in the face of danger.” He compared the effect to how drug-makers often increase the potency of vaccines by including generic immune-activating molecules called adjuvants.

Furthermore it was observed that, certain changes generated by stress continued to last for weeks. The examiners discovered that, during the same time period, the skin of the stressed mice had higher levels of immune-activating genes than did the control group.

“The key is not to let the stress response linger,” he continued. “What we want to do now is to fine-tune the stress dynamics so that we can get maximal benefits. We are working to determine what molecules and cells are involved, and when. It may be possible one day to harness these protective effects by behaviorally or pharmacologically activating the pathways involved.”

To understand why, Dhabhar and his colleagues are now probing more deeply into the biological basis of these protective effects of the acute stress response.

The research is expected to be published in a future print issue of the journal Brain, Behavior, and Immunity.