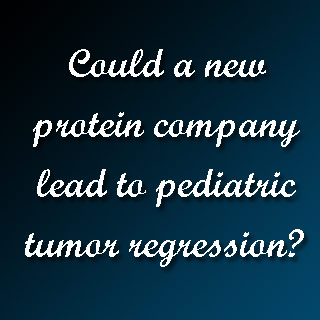 Researchers from the Weizmann Institute’s Biological Chemistry Department have surprisingly found some evidence about why some pediatric cancers seem to have the ability to quickly degenerate.

Supposedly, TrkA is a particular cell receptor well recognized for its ‘pro-life advocacies. For instance, when nerve growth factor proteins bind to TrkA receptors, they appear to activate the receptors into encouraging the growth and survival of neurons.

For the purpose of the research, Prof. Michael Fainzilber along with Ph.D. student Liraz Harel, postdoctoral student Dr. Barbara Costa, technician Zehava Levy, and former Ph.D. student Dr. Marianna Tcherpakov carried out screening tests. Apparently, these tests may assist them in identifying other molecules involved in this signaling cascade.

They were surprised to discover that TrkA may not be what it seems. In addition, the findings revealed that if TrkA teams up with another molecule called CCM2 they seem to become ‘partners in crime,’ with TrkA turning into a cell killer. CCM2 is known to be the newly-identified player in this signaling cascade. However, though contradictory, this unusual behavior could perhaps be searching for life eventually.

Apparently, this idea comes from the findings regarding pediatric tumors of neural origin, particularly, medulloblastoma. It is known to be the most common malignant brain tumor and neuroblastoma which seems to be the most ordinary extracranial solid cancer in childhood.

Also, medulloblastoma appears to be the second most common malignancy among children less than 20 years of age. Since, neuroblastoma is one of the few human malignancies known to exhibit spontaneous regression in some cases; it may possibly display atypical behavior. However, the reason for this seems to be unknown.

Earlier studies have shown that the tumors with positive prognosis usually seem to express TrkA, while aggressive forms of the tumor do not. However, how TrkA induces tumor regression may perhaps be unknown. Also, the mechanism is believed to be a mystery.

What if CCM2 appears to be the missing piece to the tumor regression puzzle? In order to find this, researchers along with a group of scientists in Germany examined the expression levels of CCM2 and TrkA from neuroblastoma patient samples collected. Evidently, these German scientists were conducting a large scale gene expression study in tumors from these patients.

The findings revealed that TrkA and CCM2 seem to have been constantly expressed together in certain tumors which showed the highest incidences of regression and patient survival.

They were noted to have confirmed their results by blocking the expression of either TrkA or CCM2 in some cells, which resulted in cell survival. On the other hand, they introduced CCM2 to cells which were devoid of it as well as they induced cell death if TrkA was also present. Apparently, this suggested the mechanism could lead to tumor regression.

This research appears to be the foremost one to elucidate this paradoxical ‘pro-cell death’ behavior of TrkA as well as the first to identify CCM2 as a crucial accessory in this particular pathway.

Researchers anticipate that further research towards a better understanding of the mechanism may perhaps lead to the development of drugs. These drugs could possibly be able to persuade regression of certain tumors.

The findings of the research have been published in the journal, Neuron.