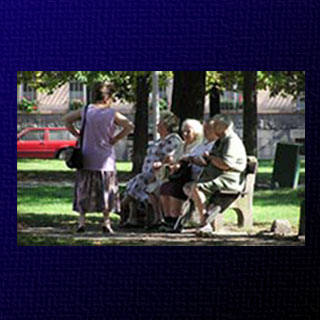 According to a novel research, membership of social groups seems to have a positive impact on health and well-being. Apparently, the research highlights the significance of belonging to a range of social groups, hanging onto social groups, and building novel social groups in dealing with life changes such as suffering from conditions like stroke dementia as well as the common cold. The research was put forth by experts from the Universities of Exeter and Queensland, Australia.

For the purpose of better understanding this criterion, the researchers examined a number of earlier studies including many of their own, which may perhaps identify a connection between group membership and physical as well as mental health.

Remarking on this research, Professor Alex Haslam of the University of Exeter’s School of Psychology stated that, “We are social animals who live and have evolved to live in social groups. Membership of groups, from football teams to book clubs and voluntary societies, gives us a sense of social identity. This is an indispensable part of who we are and what we need to be in order to lead rich and fulfilling lives. For this reason groups are central to mental functioning, health and well-being.”

The findings revealed that maintaining valued group memberships seemed to have played a significant role as required in positive recovery. This recovery supposedly is as an ability to overcome cognitive difficulties e.g., problems with memory and language.

In addition, after their stroke, people’s life satisfaction was noted to have increased by approximately 12% for every group membership which they were able to retain.

Also, it showed that people who participated as a group in decisions related to the decoration of communal areas seemed to have used those areas nearly 57% more over the next month and as a result they were extremely satisfied. In contrast, the use of space by residents in a control group appears to have declined by about 60%. Moreover, these differences were noted to have been still apparent three months later.

Another investigation evaluated the impact of group interventions on the health and well-being of approximately 73 people residing in care. After a period of six weeks the researchers discovered that people who took part in a memories group may perhaps have shown a 12% increase in their memory performance as compared to those who received a control intervention and showed no change.

Co-author of another study, Dr Catherine Haslam of the University of Exeter, said that, “On the basis of what is now a very large body of research we would urge the medical community to recognize the key role that participation in group life can play in protecting our mental and physical health. It’s much cheaper than medication, with far fewer side effects, and is also much more enjoyable.”

Another analysis was noted to have studied nursing home residents and examined at the relationship between their sense of identity and well-being and the severity of their dementia. The noteworthy finding was that a strong sense of identity that appears to have been associated with supposed membership of social groups was a much better predictor of residents’ well-being in contrast to their level of dementia.

Summarising this research, Professor Jolanda Jetten from the University of Queensland claimed that, “New research shows just how important groups and social identity are to well-being. This is something that people often overlook in the rush to find medical solutions to problems associated with ageing, but it is time that these factors were taken much more seriously.”

The findings of the research were based on a number of recent investigations which were noted to have been reviewed in the research.

The findings of the research have been presented at the Science Festival.