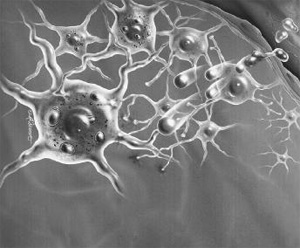 Now, a portable, battery-powered device has been developed in Singapore to help those suffering from Parkinson’s disease to regain their walking rhythm.

Physiotherapists from the Singapore General Hospital worked with a team from the Ngee Ann Polytechnic School’s mechanical engineering department to create this device.

Parkinson’s disease is a degenerative disease that deprives those who suffer from it of steady movement. This make them work using small, jerky steps or sometimes causes them to freeze in narrow spaces. To take the next step, patients need some sort of a cue.

The device generates cues that tell patients when and how to walk. It shoots a red laser beam on the ground which creates a path. Strapped to a belt, it generates different tones which prompt the patients to move their legs. It vibrates as well.

Trials of this device were conducted at the hospital. It was noticed that there were improvements in walking and reduced freezing.

Choo Teow Sin, a 70-year-old patient responded the best to the visual cue of the laser beam. His gait is also better and his confidence has improved, said his wife.

The team hopes to commercialize the invention saying that they were driven by the desire to help the rapidly ageing population.

Research: Skull Deformity due to Alteration in the Stem Cells