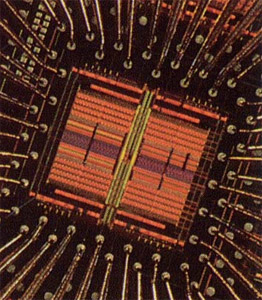 Canadian researchers have created a portable device that could be useful in conducting medical tests just like a lab filled with equipment does. This unit is just the size of a shoebox and was developed bye University of Alberta team.

The researchers hope that this invention will result in cheaper, faster and much more easily accessible genetic tests. They also hope that it paves the way for big savings in healthcare systems and improve care for patients.

The device was developed by Christopher Backhouse, a professor in the Department of Electrical and Computer Engineering. It costs just 500 pounds to build. He also compares the development of this device to the development of computers.

“In the early days of computers, they were inaccessible – million-dollar beasts that filled a room and you needed a PhD to be able to operate one. Nowadays, everybody has one and they’re even in kindergarten classes,” he says.

According to Backhouse, miniaturization has brought out the cost factor down by a million.

In healthcare we need that even more. Life science technologies exist but they are not being utilized because they are very expensive. We’ve applied the same miniaturization technologies to healthcare that were applied to computers by coming up with portable, lab-on-a-chip technologies that are easy to use,” Backhouse says.

The highly integrated “chip” used in the system looks like a standard microscope slide etched with fine silver and gold lines. It applies nano-biotechnologies within tiny volumes, sometimes working with only a few molecules of sample. It is due to this chip only that the remainder of the system is inexpensive and fast.

Backhouse believes that the novel system may provide cancer patients with quick genetic tests, and, in turn, help pinpoint the type of cancer and personalize treatments.

It may also be useful in looking for the genetic signature for a virus or E. Coli and testing water quality, he adds.

“From a public health point of view, it would be wonderful during an epidemic to be able to do a quick test on a patient when they walk into an emergency room and be able to say, ‘you have SARS, you need to go into that (isolation) room immediately,'” says Backhouse.

Besides, a family doctor may determine a person’s genetic predisposition to an illness during an office visit, and advise the patient on preventative lifestyle changes, says the researcher.