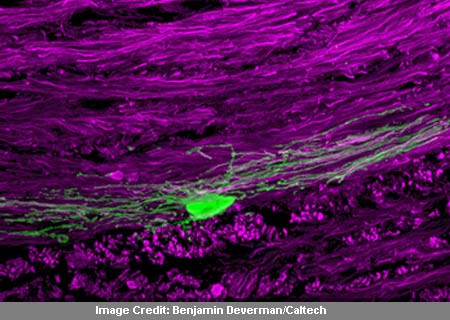 Myelin is a structure present in the human body that forms a shield around nerve cells for smooth functioning of the brain. In this study by scientists at the California Institute of Technology, the team found a technique to aid the brain in replacing impaired myelin.

This research particularly holds significance in the treatment of demyelinating diseases like multiple sclerosis (MS). The team has generated a gene therapy to spur the production of new oligodendrocytes derived from stem and progenitor cells.

Both the aforesaid cells can be transformed into more specific cell types, which inhabit the adult central nervous mechanism. Essentially, the method involves accessing the brain’s own progenitor cells as an avenue to stimulate brain restoration. In this analysis, the researchers made use of a natural protein called leukemia inhibitory factor (LIF), which is known to decrease the impairment of myelin. This complete procedure was tested in mice prototype of MS.

“Researchers had been skeptical that a single factor could lead to remyelination of damaged cells. But in our mouse model, when we give our LIF therapy, it both stimulates the proliferation of the progenitor cells and allows them to differentiate into mature oligodendrocytes,” commented Benjamin Deverman, a postdoctoral fellow in biology at Caltech and lead author of the paper.

Placing LIF in the brain directly could eliminate the side-effects associated with its administration into the bloodstream, the scientists believed. However, this alternative application of LIF has not been trialed in humans.