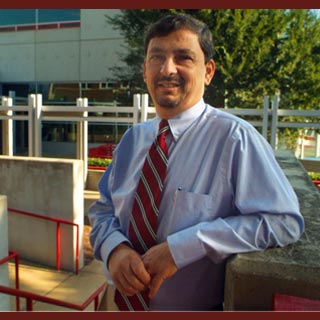 There is a popular misconception among older people that the fatter you are, the healthier you appear. Well it is now appears that being fat could be anything but healthy. In fact it is the exact opposite. Fat people apparently have a lot more health problems as compared to their peers. Now a new study claims that children with fatter midsections may be at a greater threat of developing cardiovascular disease later in life.

While general obesity certainly has its own set of risks for the heart, it is now known that all fat is not created equally. This is the opinion of Dr. Reda Bassali, an associate professor of pediatrics in the Medical College of Georgia School of Medicine and lead author of a study.

Enlarged waist circumference has apparently been associated to cardiovascular risk in adults for a long time as visceral fat which could be in and around organs in the abdominal cavity may be more metabolically active. It could severely raise the threat of cardiovascular disease and type 2 diabetes.

The study claims that usual waist measurements in obese children may foresee which ones supposedly had developed threat issues for cardiovascular disease. The issues ranged from higher fasting insulin levels, a precursor for diabetes; lower levels of high density lipoproteins, also called as the good cholesterol; and higher levels of triglycerides which may be the fatty particles found in the blood.

Dr. Bassali, also a pediatrician at the MCGHealth Children’s Medical Center, commented, “What we are asking is whether the children with larger waists already showed signs that put them at higher risk. To find out whether children eventually developed cardiovascular disease, we’d have to follow them long term.”

A sample of about 188 obese children, ages ranging from 7-11 were used for the study. It was claimed that those with the largest waist circumferences, which may be higher than the 90th percentile for their age, supposedly had three times more chances to apparently have high triglycerides and almost had four times more chances to supposedly have lower levels of HDL. They may be 3.7 times more prone to apparently have high fasting insulin levels.

Dr. Bassali mentioned, “What that means is that children with a waist circumference at or above the 90th percentile are at a greater risk of developing the warning signs of cardiovascular disease. Our results indicate that routine clinical measurement of the waist may help clinicians identify which obese children are at a greater risk.”

Dr Bassali is of the opinion that there may be no technique to change how children or adults put on weight.

Dr. Bassali remarked, “There is a lot of discussion about the apple versus the pear body shape, with the pear being more desirable. Unfortunately, we don’t have a real explanation why some people gain weight in the center of their body and others gain it, for instance, in their thighs. It could be environmental. It could be genetic. It could be a combination of the two.”

The outcome could supply the experts and clinicians with an additional way to gauge likely threat and may probably avert upcoming health complications.

Dr Bassali mentioned that the gold standard, when it comes to intervention strategies, has always been whether a child fell into a certain range with their body mass index which is calculated using height and weight. These results suggest that waist circumference could provide an additional measurement of risk. The intervention strategies would be the same.

This study was published in the International Journal of Pediatric Obesity.