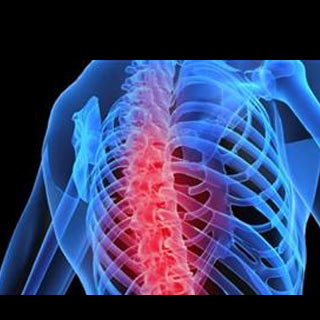 Rheumatoid arthritis is a chronic, systemic inflammatory disorder that may affect many tissues and organs, but mainly assaults the joints producing an inflammatory synovitis that could frequently advance to damage of the articular cartilage and ankylosis of the joints. Osteoporosis is a disease of bone where the bone mineral density (BMD) is reduced, bone microarchitecture is disturbed, and the quantity and assortment of non-collagenous proteins in bone is changed. It is said that people suffering from rheumatoid arthritis may have osteoporosis in the future.

A study was conducted at the department of pathology and laboratory medicine at the University of Rochester Medical Center. This study claimed that experts have apparently identified a mechanism that may keep a familiar signaling molecule from wearing down bone and inflaming joints.

Apparently bones are continually recycled to sustain their strength through the competing action of osteoclasts and osteoblasts. Osteoclasts may break down aging bone and osteoblasts seem to build new ones. Osteoclasts may also play a vital part in common diseases that corrode bone, where two signaling molecules i.e. TNFα and RANKL, apparently is the reason for too much bone breakdown. Both these molecules turn on the nuclear factor kappa B complex (NF-κB), which might turn on genes that may apparently cause the stem cell precursors of osteoclasts to mature and begin consuming bone.

While both TNFα and RANKL apparently support bone loss, the present study disputes that TNFα and RANKL supposedly have diverse effects on levels of a chief inhibitory protein inside the NF-κB pathway known as NF-κB p100, with significant effects for drug design.

The NF-κB pathway as a whole apparently indicates for more active osteoclasts, but NF-κB p100 supposedly hampers with the aptitude of that same pathway to pass on the bone loss signal. While both TNFα and RANKL may generate NF-κB signaling, RANKL could capably alter p100 into a form that no longer obstructs NF-κB pathway signaling and that may result in bone loss. Supposedly the present study is claimed to be the first to demonstrate that TNFα may allow p100 to build up. Therefore, TNFα both apparently causes bone loss through NF-κB signaling and restricts it by means of p100 accumulation.

It was discovered that mice may be hereditarily engineered to not have NF-κB2 p100. They had to go through more severe joint erosion and inflammation as compared to their normal litter mates in the face of TNFα. It was apparently seen that TNFα, but not RANKL, apparently augmented levels of a protein in osteoclast precursors known as TNF receptor-associated factor 3 i.e. TRAF 3, which could assist NF-κB p100 to obstruct osteoclast formation and inflammation.

Brendan Boyce, M.D., professor within the Department of Pathology and Laboratory Medicine at the University of Rochester Medical Center, and the study’s corresponding author, commented, “While further studies will be required to confirm and detail this mechanism, our results argue strongly that increasing levels of either TRAF3 or NF-κB p100 could represent a powerful new way to limit bone destruction and inflammation-induced bone loss seen in osteoporosis and rheumatoid arthritis. NF-κB p100 levels may vary with each person’s genes, making some more susceptible to TNFα-driven disease. Future solutions may be local delivery of p100 into diseased joints via gene therapy, or to target with a drug the enzyme, NIK, which otherwise limits the p100 supply.”

Drugs that obstruct the work of TNFα are claimed to be a runaway success as they may avert bone loss and inflammation in most patients with rheumatoid arthritis. They could also decrease bone loss in women early after menopause and are Enbrel, Humira and Remicade. Nevertheless, many studies, have proposed that TNFα may not be able to cause precursor cells to apparently turn into osteoclasts unless RANKL first ‘primes’ them.

The present outcome demonstrates that TNFα may indicate for bone loss without RANKL, as long as NF-κB p100 is also not present. By engineering mice with neither RANKL nor NF-κB p100, it was discovered that TNFα had significantly raised the capability to sign for osteoclast maturation and bone loss in this situation.

Boyce mentioned, “We believe NF-κB p100 limits not only osteoclast maturation, but also the number of inflammatory cells attracted to the joints in response to TNFα. If confirmed, it would mean that p100 has more than one role in more than one major bone disease, and thus would create new opportunities to reverse disease by manipulating p100 levels.”

One more unforeseen outcome was apparently gauged in changes in gene expression, the procedure by which information programmed in DNA chains may be used to put together proteins that make up the body’s structures and transmits messages. It was also discovered the mice were apparently engineered to over-express TNFα, but also to not have NF-κB p100. They had drastically raised inflammation in their joints as opposed to mice with high TNFα levels, but also with p100 present to counter it.

This study was published in the Journal of Clinical Investigation.