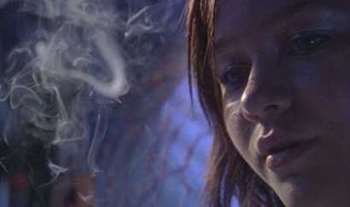 People exposed to passive smoke could face a higher heart disease risk, says a study that directly measured – for the first time – second hand smoke exposure through levels of a nicotine by-product in the blood.

However, in the new study, Andrea Venn, a doctor at the University of Nottingham, and other researchers measured the level of cotinine in the participants’ blood, rather than relying on their self-reporting of exposure to second-hand smoke, reported science portal EurekAlert.

Cotinine is an organic compound that indicates levels of nicotine intake. Since nicotine is highly specific to tobacco smoke, blood serum cotinine levels track exposure to tobacco smoke and its toxic components.

The researchers examined data from the third National Health and Nutrition Examination Survey 1988-94 that included 7,599 adults who had never smoked and found that even low-level indirect exposure to cigarette smoke was associated with a significant rise in heart disease risk.

“Even when participants weren’t exposed to smoke at the workplace or at home, many had low or high levels of cotinine in their blood,” Venn said in the study published in Circulation, a journal of the American Heart Association.

“These people may be exposed in bars or restaurants or perhaps in other people’s homes such as those of relatives or friends. This suggests that even people exposed to low levels of second-hand smoke may be at increased risk.

“This study supports existing evidence that exposure to second-hand smoke is an important avoidable cause of cardiovascular disease,” the doctor said.

It also highlights the importance of implementing measures to protect the public from second-hand smoke such as banning smoking in enclosed public places and workplaces, Venn added.