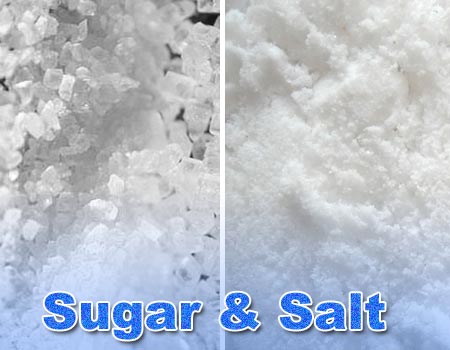 We live in an age of information overload. At least we in the city like to believe so. For example, anyone who reads newspapers/periodicals even sporadically must have come across ominous predictions of India becoming the diabetes capital of the world as soon as next year. It will also become the ‘hub’ for cardiovascular and other diseases by sure numbers. As wicked as it sounds, that’s good news for us in the healthcare industry!

At the same time, we are aware that in general, the medical infrastructure in the country is well below par! So, we spend! We spend big money on gyms which suddenly start calling themselves ‘fitness junctions’ and quacks stars calling themselves ‘Naturopathy specialists’. And are these expenses getting us anywhere? Of course not, how can they with our lifestyle and tough jobs? That way, we don’t feel guilty because we are making an effort in the form of spending and we are not responsible for results due to our non-malleable routines. It sounds perfect till the first big medical incident puts us out of our apathy.

And then there are ready-made foods. As I was reading one such article recently, it struck me. We all generally agree that we consume more salt and sugar than we ought to. Both are big no-no for diabetes and hypertension patients respectively. But what is the right amount per day? I, despite being in the industry and having written features regularly did not have clear answer. So I vowed to put it to rest. Here are the results:

Salt: On an average, 5-6gms or 1 tablespoon per day and no more than 3gms. People with high blood pressure should not consume more than 4-5gms a day.

Sugar: Roughly 8% of calories. So for a typical adult diet, no more than 32gms sugar, including table sugar and other sources should be consumed in a day.

Requirement: Sodium is essential in order to maintain the water balance of the body and hence, circulation.

Where it comes from: Table salt is only the most apparent form of Sodium Chloride. It is added in pretty much every food including sweet biscuits, cheese and butter. This is because salt is a natural and affordable preservative and also adds flavor.

What we need to watch: Ready-made foods such as chips and furan are the biggest culprits. Most packs do not mention the exact amount of salt added. However over the course of a typical working day, it may perhaps add up to dangerous amounts. It wouldn’t be surprising if the average person is found consuming up to 20gms of salt everyday.

While here and now, excess salt consumption may not bring about a drastic deterioration in health, in the long run it can lead to high blood pressure and heart problems. The body retains water in order to dilute excess salt. Continued exposure over a long time can lead to corrosion of cells including valves and arteries.

Requirement: Sugar, unlike salt, is not essential to life. It is a ready source of energy that is quickly absorbed into the bloodstream. When consumed to excess, it may affect energy metabolism and insulin sensitivity.

Where it comes from: Refined table sugar is the simple most form of sugar, glucose. However, we may consume sugar in a variety of forms such as fructose from fruits, lactose from milk and cellobiose from wheat. Carbohydrates are essentially sugars, some complex and other simple.

What we need to watch: Though technically a macro nutrient, sugar, due to its various sources can end up constituting a major chunk of our daily calorific intake. Due to the global obesity pandemic, sugars have come to be criminalized. The problem with sugary foods is that they are not very filling and so we tend to eat more of it. As a result a surplus of calories accumulates in the body which is stored as fat. Try sugar alternatives like jaggery. Jaggery is also a good source of iron. Artificial sweeteners may not really be recommended because the debate on ill-effects of the same is not yet settled.

Sounds simple? Well, we live in the age of anorexia, binge eating disorders, orthorexia nervosa (obsession with healthy food) and wannarexia (people who are anorexic wannabies!). Diet and healthy food are necessary evils for some and the Bogie man to others. Would it not seem like the simplest solution then if we could start just by watching our daily salt and sugar intake?

The answer off course is a resounding yes. But to say that it is easier said than done would be an understatement. Here’s why:

Recent studies suggest that both sugar and salt could perhaps be addictive. Sodium in salt is needed for normal functioning. Sodium deficiency is rare and can occur due to excessive sweating as in after a heavy work-out session. It leads to cramps, nausea and fatigue. You may have noticed a craving for something salty when you’ve not had any food for a long time or only had sweet or bland food. This craving is what makes ready-made snack foods such a big industry.

As mentioned earlier, excess sodium causes water retention. Chronic over-consumption of salt can make the body dependent on this excess sodium and related water retention to maintain balance. Once you start cutting back, you may start experiencing what can be described as withdrawal symptoms. This is true for sugar too. Hence the best way is to reduce their intake in a gradual manner. I tried it myself with tea. Tea, coffee and milk have become almost ritualistic items and we end to gulp them down without thought or prejudice. This is another major source of sugar intake. I started decreasing the amount of sugar added to tea gradually. Apart from realizing for the first time that tea actually has a flavor, it has also helped me cut down at least 2-4 teaspoons of refined sugar a day. Now, a glass of tea that you may very well be indiscriminately gulping down at work every day would taste like hot sugar cane juice to me!

Eating habits and attitude towards food are formed during childhood and linger on for life. Some of you lazy people out there might already be pouncing on this as a good excuse for the state of your health. But you can still make the right choice for your kids. Our teas are sweetened beyond recognition and our murabbas are so sweet, they cannot be contaminated by microbes! Many snacks and other food items taste like salt has been used as an ingredient and not as a condiment. One can get so used to this sugary rush and salty high right from childhood that it may be hard to swallow anything that is not extra-sweetened or extra-salty.

Practice healthy eating at home and your kids will follow it wherever they go. Don’t condemn them to a life of obesity and hypertension. A sweet tooth may be the most dangerous thing to have. If this feature at HealthJockey has not been enough to make you think, we hope the prevailing sugar prices will!