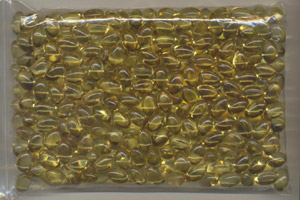 A study conducted by scientists in Norway suggests that taking a spoonful of cod liver oil daily could help to ease depression.

Cod live oil is rich in Omega-3 fatty acids, which have various health benefits including the prevention of heart disease and cancer.

The study was published in the Journal of Affective Disorders. It suggests that a spoonful of cod liver oil daily could reduce the risk of depression by as much as 30 percent.

Researchers led by David Kendall observed almost 22,000 people aged over 40 across Norway. They took into account factors that could impact depression including age, gender, whether one smoked, drank coffee or alcohol, as well as levels of education and physical activity.

The study showed that depressive symptoms among cod liver oil users were 2.5 percent compared to 3.8 percent in the rest of the population.

The researchers said that those who regularly took the oil were less likely to suffer depression than those who did not.