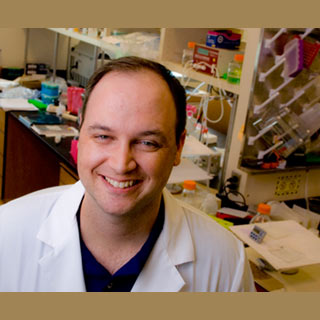 Neuroscientists from the University of South Florida have discovered that inhibiting the protein Hsp70 quickly seems to reduce brain levels of tau. Tau is known to be a protein which builds up abnormally inside nerve cells thereby affecting memory. It appears to be associated with Alzheimer’s disease.

Senior author of the study, Chad Dickey, PhD, assistant professor of molecular medicine who works out of the Byrd Alzheimer’s Institute at USF Health, stated that, “Now that we’ve discovered that targeting the chaperone protein Hsp70 can clear tau, it could be helpful in finding more effective drugs for Alzheimer’s disease. The therapeutic strategy may also be applicable to other neurodegenerative diseases involving Hsp70, such as Huntington disease, Amyotrophic lateral sclerosis (ALS), and some cancers.”

During the study, the USF team along with researchers at the University of Michigan examined the effects of numerous compounds on Hsp70 in cell models. They also analyzed brain tissue from genetically modified mice in order to develop the memory-choking tau tangles.

The findings revealed that some compounds seem to have activated Hsp70, and others were Hsp70-inhibitors. Experts discovered that one of the more effective Hsp70-inhibitor drugs seems to be a derivative of methylthioninium chloride, or Rember.

Dickey further stated that, “But Rember™ and its derivatives do have some inherent problems; they’re not very potent so effective therapy would require fairly high doses,”

“The drug does help prevent the protein (tau) from clumping together, but that in itself doesn’t mean it’s actively getting rid of the toxic tau. Now that we know Hsp70 is a target of Rember™, we can develop similarly-acting drugs that will more specifically target this chaperone protein in affected areas of the brain, resulting in fewer side effects,” continues Dickey.

Dickey claimed that the USF team initially thought that activating Hsp70 would direct the chaperone protein to decrease the tau which had gone bad. This could perhaps prevent tau from stacking up into tangles inside cells which appear to be involved in memory thereby destroying them. However, instead of restoring tau to its regular supportive function, activating Hsp70 could possibly lead to tau’s preservation and even more accumulation.

“Basically we think the chaperone binds to the tau, and somehow in the process of trying to fix things decides to keep holding onto tau when it shouldn’t. So, activating Hsp70 is not necessarily what we want to do; we ultimately want to inhibit Hsp70 to promote the release or clearance of tau …to kill the bad tau,” adds Dickey.

Dr. Dickey was of the opinion that problems with Hsp70 alone do not cause Alzheimer’s. It possibly develops from a union of various factors inside the brain. Supposedly, these factors include deposits of beta amyloid, or a genetic defect, disruption of cell signaling, a breakdown in the neuron’s support structure, and then accumulation of tau into the memory-choking tangles.

Dr. Dickey’s team at USF is believed to be focusing on how to manipulate the chaperone proteins with drugs or gene therapy. Allegedly, the chaperone proteins regulate tau’s fate by determining whether it’s preserved or cleared from the brain. Whereas, the University of Michigan team seems to work on recognizing and developing compounds which may be effective against Alzheimer’s disease and other tauopathies.