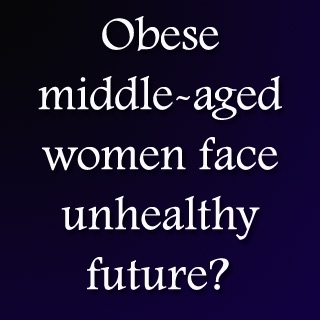 According to researchers from the University of Warwick, women who tend to get over weight or obese as they approach middle-age could possibly decrease their probability of enjoying a good health by old age. For instance, obese middle aged women were believed to have nearly 80% lower chance.

For the purpose of the better understanding this criterion, the research team used the Nurses’ Health Study, which was believed to have collected data from more than 120,000 female registered nurses. Apparently, these study participants were living in about 11 US states since 1976.

Furthermore, follow-up questionnaires were noted to have been sent out every two years in order to renew information on disease incidence and lifestyle factors.

The research findings revealed that for each 1kg weight gained since the age of 18, the likelihood of healthy survival into old age seems to have reduced by approximately 5%. Also, women who were already overweight at the age of 18 and continued to gain weight as they grew older appear to be more susceptible in developing a major chronic disease.

Dr Oscar Franco, Assistant Clinical Professor of Public Health at Warwick Medical School, stated that, “In summary, this study provides new evidence that adiposity at mid-life is a strong risk factor predicting a worse probability of successful survival among older women. In addition, our data suggest that maintenance of healthy weight throughout adulthood may be vital to optimal overall health at older ages. Given that more and more people are surviving to older ages and, at the same time, gaining weight, our results may be particularly important with respect to clinical or public health interventions.”

Dr Franco claimed that study participants who had reached the age of 70 and were free of major chronic disease had no major impairment of cognitive function as well as no major limitation of physical function. Additionally, these indications appear to have been considered as examples of ‘successful aging’.

The findings suggest that women who have a high body mass index during middle age seem to have higher chances of suffering from major chronic diseases and poor quality of life. Supposedly, these chronic diseases include cancer and coronary heart disease.

For this research, Dr Franco was believed to have collaborated with researchers from Harvard School of Public Health in Boston, Massachusetts.

The findings of the research have been published in the British Medical Journal.