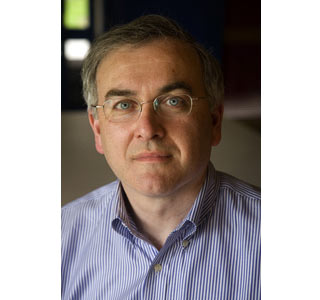 Previously, we had presented an analysis claiming to have found the drug to treat spinal muscular atrophy (SMA). Apparently researchers from the Spring Harbor Laboratory (CSHL) and California-based Isis Pharmaceuticals have positively reversed symptoms of Type III SMA, which comparatively is a mild form of the disease by an antisense drug. The ASOs were infused into the fluid surrounding the brain and spinal cord.

During the research, mice with the illness were treated with minute, chemically modified pieces of RNA known as antisense oligonucleotides (ASOs) into their spinal cords. The researchers reveal that the ASO is capable of fixing the molecular mistake underlying SMA by altering a cellular editing process termed as alternative splicing. It has been assumed that deficiency of the protein levels known as Survival of Motor Neuron (SMN) in the spinal cord’s motor neurons causes SMA. These proteins appear to waste away with the muscles that may be unable to control.

CSHL Professor Adrian Krainer, Ph.D. quoted, “Validating ASO efficacy in animal models is a crucial pre-clinical step before this strategy can be applied in SMA patients. We have now successfully demonstrated this therapeutic efficacy in the mouse nervous system. Although the mice only have the mild symptoms of Type III SMA, our treatment can effectively correct them.”

Scientists revealed that patients with SMA register a lack or mutation beyond repair of the SMNI gene producing SMN protein. Although humans seem to have a second SMN-producing gene called SMN2, the gene does not appear to be an efficient backup because it produces almost negligible functional SMN protein. The scientists pointed out that this deficiency appears as a result of a mistake arising during splicing, wherein a molecular editing process kicks in after the gene’s DNA has been copied into RNA.

Frank Bennett, Ph.D., Senior Vice President of Research at Isis Pharmaceuticals explained, “SMA is the leading genetic cause of infant mortality and has limited treatment options for patients. With Dr. Krainer’s lab at Cold Spring Harbor Laboratory, we have made significant progress in identifying a drug development candidate and conducting early preclinical studies to access its therapeutic potential. We are committed to advancing this program toward the clinic.”

Generally, freshly recognized RNA molecules may be subjected to editing or splicing in order to produce a functional blueprint for protein production. The spliceosome which is cellular machinery supposedly eliminates bits of RNA called introns that may not be required. The machinery then appears to splice remaining necessary bits called exons together. But the splicing complex is ascertained to accidentally skip an exon in case of the SMN2 gene

Krainer shared, “Coaxing a patient’s cells into efficiently including this exon, instead of skipping it, is expected to decrease the severity of SMA symptoms. Our strategy to enhance exon inclusion was to disrupt or mask ‘splicing silencers’ – regions of RNA in or around the exon that impair its recognition by the cell’s splicing machinery, and thereby promote its skipping.”

Many years ago, the investigators had designed and tested synthetic molecules mainly ASOs, which can be programmed to bind to any piece of RNA according to this target RNA’s sequence of nucleotides or ‘letters’ of its genetic code. After comparing innumerable ASOs that targeted various regions in or near the skipped exon in the SMN2 RNA, the experts seemingly identified one ASO that potentially improved exon inclusion and production of functional SMN protein.

ASO molecules were injected in the bloodstream of mice carrying a human SMN2 gene revealing symptoms of type III SMA in 2008. The outcome was that although the regimen rectified SMN2 splicing in the animals’ liver and kidneys but not in spinal cord neurons-where they may be most required. The ASOs were supposedly unable to enter the blood-brain barrier and enter the spinal cord.

CSHL Research Investigator Yimin Hua, Ph.D., who spearheaded this work in Krainer’s lab enlightened, “We first showed that this ASO corrected SMN2 splicing in the test tube, and in patients’ cells grown in the lab.”

However, this limitation seems to be avoided by directly delivering ASOs into the animals’ central nervous system which is a common route of administration for other drugs like chemotherapy agents. The researchers claim that in the entire spinal cord of type III SMA mice, infusing ASOs into the fluid surrounding the brain and spinal cord resulted in an immense elevation in the levels of SMN protein in individual motor neurons.

Krainer commented, “This effect persisted for half a year after the treatment ended, indicating that the ASO is extremely stable. And equally importantly, none of the ASO doses tested triggered toxicity or inflammation in any of the mice tested.”

It was mentioned that mice with the ailment seemed to develop necrosis which are the death of cells and destruction of tissue-in adulthood. It was affirmed that no muscle weakness was reported. But the animals began to lose their tail and ears 3-4 weeks after they are born, with complete loss occurring within a few more weeks. In order to ascertain the ability of ASOs in the prevention of symptoms, the experts treated neonatal mice or 15-day-old mouse embryos with a single ASO injection.

Having employed this treatment the neonates and embryos, appeared to be protected from tail and ear necrosis and developed into adults with normal tails and ears. Providing the animals’ central nervous system with the therapeutic ASO may restrict neuronal deterioration, muscle wasting, and vascular problems in the tail and ears. The scientists were supposedly able to restore cellular SMN protein levels in these mice.

The research was published online on July 12th in Genes and Development.