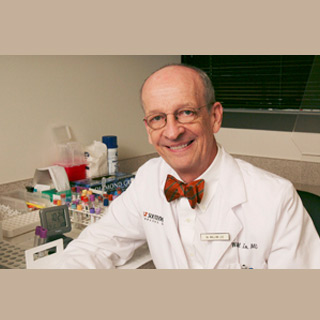 Acute liver failure is believed to occur when cells in the liver die quickly. Apparently, this leads to the release of toxins into the bloodstream and brain. It was noted that patients normally end up in a hepatic coma due to the toxins not being cleared by the failing liver. The identified causes of acute liver failure appear to include autoimmune hepatitis, drug-induced liver injury, hepatitis A and B, and acetaminophen poisoning.

It was estimated that acute liver failure affects nearly 2,000 people each year in the U.S. Additionally, about 50 percent of those cases appear to be caused by acetaminophen poisoning. Until this study, liver transplantation seems to have been the only treatment if the failure was from non-acetaminophen causes.

Study experts found that acute liver failure patients in early stages of hepatic comas, when treated with the medicine N-acetylcysteine (NAC) appear to be nearly 2.5 times more likely to survive as compared to those treated only with a placebo.

“NAC is safe, easy to administer, doesn’t require intensive care and can be given in community hospitals. NAC is an excellent treatment for non-acetaminophen acute liver failure if the disease is caught early,” says lead author of the study, Dr. William M. Lee, professor of internal medicine at UT Southwestern.

In order to test NAC’s use in non-acetaminophen cases, experts at 22 sites randomly assigned non-acetaminophen acute liver failure patients by the level of their coma. For instance, those with mild to moderate coma appear to be in one group whereas patients with more severe coma were placed in the other group.

Beginning from the year 1999 and continuing for eight years, nearly 173 patients were believed to have received either NAC or a placebo for approximately 72 hours. Doctors were noted to have recorded patient survival three weeks after they were placed on treatment.

“That makes sense because patients with advanced comas typically die or get a transplant within a few days,” states Dr. Lee, principal investigator of the Acute Liver Failure Study Group, a national consortium of liver centers formed in 1997 to increase research into the rare disease.

“This study establishes NAC as a treatment for non-acetaminophen acute liver failure patients in mild to moderate coma and provides the first glimmer of hope that something can help these direly ill patients,” continues Dr. Lee.

The findings revealed that about 52 percent of acute liver failure patients in mild to moderate comas seemed to have survived when treated with NAC, in contrast to just 30 percent of those treated with only a placebo. Moreover, in patients suffering from more severe coma, treatment with NAC appears to have failed in resulting in a considerable difference in survival rates.

Dr Lee claims that he will continue to study NAC as a therapy for acute liver failure not caused by acetaminophen poisoning in order to determine optimal dosing and duration.

The findings of the study have been published in the journal, Gastroenterology.