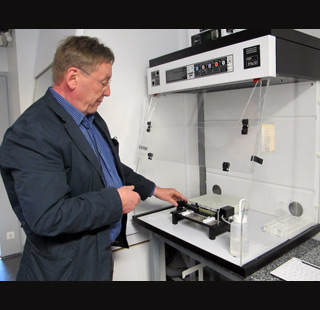 Future medical therapies fighting cancer with more efficacy and fewer side effects seem to be underway. With a highly innovative approach, investigators from the Aalto University have figured out the mechanism of action for cancer-cell-killing peptides. The research findings can probably open doors to better treatments for leukemia, skin cancer, and infections caused by multi-resistant bacteria.

In this research, experts focused on peptides which target and lethally harm cancer cells. Known as cytotoxic peptides, these short chains of amino acids are presumed to penetrate and damage the lipid membrane surrounding individual cancer cells. Manipulating this response can probably cause cancer cells to die off and leave all other cells unharmed. The mechanism by which these life-saving peptides trigger cell-death appears similar to that utilized by peptides which are the culprit of certain neurodegenerative diseases.

Even though the mechanism is almost the same, it effects seem to be polar opposites, either beneficial or lethal. Hence, Professor Paavo Kinnunen and colleagues predict that the research findings have profound implications for cancer treatment and throws light on several neurodegenerative diseases such as Alzheimer’s and Parkinson’s diseases. The newly discovered mechanism can probably help in fighting neurodegenerative diseases as well.

It was concluded that the investigation may have great importance in the world of health and medicine.