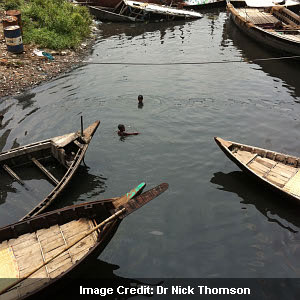 The seventh cholera pandemic struck Indonesia in the year 1960 and continued up to 1970 at many other places too. Now, researchers from the Wellcome Trust Sanger Institute have utilized modern patterning to track the origin and spread of the seventh cholera pandemic. They also put forth that effect of attaining resistance to antibiotics during epidemics was seemingly acquired in the year 1982.

Whole-genome sequencing apparently disclosed that specific type of cholera which was involved in the present pandemic is apparently sourced from an ancestor that made a debut 40 years back in the Bay of Bengal. The scientists believe that it is from this ancestor that cholera spread rapidly to many other areas of the globe in the form of multiple waves.

These revelations provide better awareness on the mechanisms that are responsible for the spread of cholera. The team observed the genomes of the causative bacterium Vibrio cholera obtained from 154 patients worldwide since the last 40 years. Using the capacity to locate single DNA alterations in the genome of this strain, they were supposedly able to map the transmission pathways of the bacteria. This helped in future health planning and enabled reverting the disease to its original source.

“Through comparing the genomes of 154 cases of cholera, we have made important discoveries as to how the pandemic has developed. Our research shows the importance of global transmission events in the spread of cholera. This goes against previous beliefs that cholera always arises from local strains, and provides useful information in understanding cholera outbreaks,” cited Dr Julian Parkhill, a senior group leader at the Wellcome Trust Sanger Institute and a senior author of the research.

The analysts uncovered that the present strain of the bacterium called the El Tor strain first became resistant to antibiotics in 1982 by obtaining the genetic region SXT. The latter seemingly made an entry into the bacterium’s genome during that period that seemed to boost renewed global transmission from the source of origin. This research basically recognized the origins of the pandemic strain to its primal roots 40 years back in the Bay of Bengal. Starting from this base, it apparently afflicted people in many parts globally such as Africa, South Africa, South Asia and South America.

According to Dr. Nicholas Thomson, the Bay of Bengal acts as a reservoir for cholera after having observed the past 40 years of transmission. By developing ways to gauge how the condition spread, future decisions on how to combat this issue will come to fore.