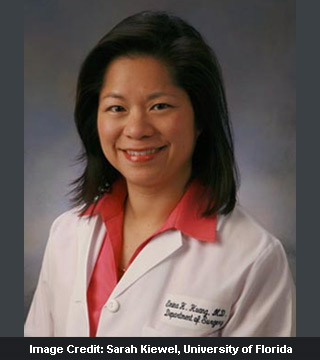 University of Florida researchers seem to have grown tumors in mice with the help of cells from inflamed but noncancerous colon tissue taken from human patients. This finding sheds new light on colon cancer and how it could possibly be prevented.

Colonoscopy appears to be very effective in screening and preventing colon cancer for most people. However, no diagnostic tests work well for patients with colitis because the inflamed tissue seems to make identification of precancerous changes difficult.

According to the Crohn’s and Colitis Foundation of America, about 700,000 people suffer from colitis in the United States. The National Cancer Institute estimates that cancer of the colon and rectum may possibly claim the lives of nearly 50,000 people this year.

Latest understanding of the link between colitis and cancer could result in diagnostic tests. Supposedly, these tests would assess tissue taken from patients with colitis for signs of cancer stem cell development thereby recognizing patients who may be more susceptible for cancer.

“Ultimately it would be great if we could prevent colitis or treat colitis so it never gets to the cancerous stage,” says UF colorectal surgeon Dr. Emina Huang, who is a member of the Program in Stem Cell Biology and Regenerative Medicine at UF’s McKnight Brain Institute and the UF College of Medicine.

These cells were then observed to have been isolated and monitored in mice in order to notice if tumors would grow. Huang claimed that these findings shed light on that fact that it may not be just the cancer ‘seed’ cell, but the ‘soil’, in this case inflamed colon tissue which seems to play a role in the development of cancer.

“Is it the seed, is it the soil or is it their interaction? We think probably both, but now we have a new way to look at it and a new method of attack,” continues Huang.

Dr. B. Mark Evers, a professor and vice chair of surgery at the University of Kentucky College of Medicine, stated that the study lays emphasis on the up-coming role of the nearby inflammatory tumor microenvironment on tumor growth and following metastasis.

“Dr. Huang and her group have identified a potentially important mechanism to explain why long-standing inflammation of the colon predisposes patients to the development of cancer,” says Evers, who is director of the Lucille P. Markey Cancer Center in Lexington, Kentucky.

In order to further understand the role of the ‘seed’ and ‘soil’ interaction, UF researchers were noted to have paired colon cancer stem cells with normal, colitic and cancerous human cells. Supposedly, these cells were taken from the scaffolding layer of the large intestine. The cells were then implanted into mice for the purpose of examining growth rates.

Huang was of the opinion that they found increased levels of two immune system hormones called interleukin-6 and interleukin-8 inside the cells from the colitic and cancerous tissues which had the quicker growth rates.

Huang further said that, “We don’t understand the transition at the molecular level so we are trying to figure out what we can target to interfere, intervene or inhibit that transformation of the benign colitic cells. The thought is if we can create a therapy to decrease function of these hormones, we may be able to prevent or inhibit cancer growth.”

When UF researchers were believed to have decreased the expression of these hormones within the cells, the tumor growth considerably decreased. Also, when the hormones returned, the tumors began to grow again.

The research findings may assist in elucidating why patients with colitis have up to a 30-fold possibility of developing colon cancer in contrast to people without the disease. She said that clinical trials analyzing at the role of one of these hormones in humans seem to be an in progress in England.

The findings of the research will be soon published in the journal, Cancer Research.