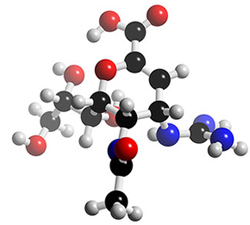 A team of researchers have discovered a potential new target for the development of anti-influenza (flu) drugs, including those that may be effective against potentially pandemic influenza strains like H5N1.

In the research, scientists at Cure Lab, Inc., a biotechnology company based in Canton, Massachusetts, worked in collaboration with researchers at Boston University and Harvard Medical School.

The potential drug target is the flu protein M2, long known to be highly conserved between avian and human strains of the virus. Scientists at Cure Lab found that this M2 protein may single-handedly kill human cells.

“This effect may constitute a previously unknown mechanism of influenza virus pathogenicity. If so, drugs that are shown to prevent M2-dependent cell killing have the potential to be used for the treatment of flu,” said Dr. Alex Shneider, senior author on the paper and CEO of the company.

Membranes covering human and avian cells do not allow ions to move in and out of the cell freely, thus maintaining internal homeostasis. M2 protein of flu virus forms ion channels allowing ion trafficking into cells that cells no longer control.

Dr. Shneider and his group not only demonstrated that M2 kills mammalian cells, but also showed that ion channelling through M2 pores may be a molecular mechanism of this cell killing process.

“Developing drugs which block M2 ion channels could reduce or eliminate M2-induced cell death, and thus may be a new strategy for targeted development of anti-influenza drugs,” Dr. Shneider said.

In collaboration with Dr. Vladimir L. Gabai from Boston University, and Dr. Shamil R. Sunyaev from Harvard Medical School scientist from Cure Lab, Inc. have developed mutant forms of M2 protein, where the ion channel is “blocked”. The researchers have shown that these specific mutations they introduced in the protein significantly reduces its ability to kill the cell. From the point of view of the pharmaceutical industry and feasibility studies, introducing mutations into a protein, which mimic an effect of a future drug, is a way to validate the feasibility of a drug target.

Dr. Shneider said that an M2-targeted search for new anti-influenza drugs could lead to a new generation of medicines, which will complement those currently used for influenza disease prevention and treatment.

“This is especially important since an increasing number of influenza strains are becoming resistant to the drugs that are now widely used,” Dr. Petr Ilyinskii, a principal scientist at Cure Lab and the first author on the paper said.