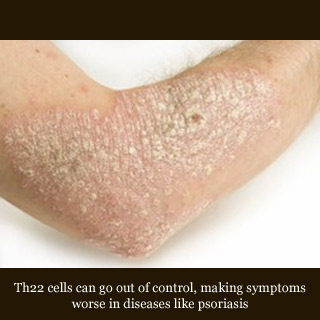 Psoriasis patients should pay proper attention to their treatment because a recent research says the people who suffer from severe forms of this disease die early than those who don’t.

The reasons behind this finding are still not clear but the careful observations have shown that this in fact is indeed true. Psoriasis is a very common disease which is associated with the skin and joints. It causes red scaly patches on the skin and the inflammation of joints, inflammatory disorder that affects the skin and joints known as psoriatic arthritis.

The research was done on the data provided by the health records of thousands of people in U.K. from 1987 and 2002. A careful study of this data was done with a clear distinction between the patients who suffered from the severe forms of this disease and those suffering from the mild forms.

The research was lead by Dr. Joel Gelfand of the University Of Pennsylvania School Of Medicine in Philadelphia. National Institute of Arthritis and Musculoskeletal and Skin Diseases had supported the research with appropriate grants. The researchers found around 133,568 patients with mild psoriasis and 3,951 patients with severe psoriasis.

Earlier researches had linked this disease to physical discomfort and also with the interference in the basic functions of the body like sleep, work and self-care. But this research has linked the severe forms of psoriasis to increased death risk as well. Till now, no cure has been found to this disease.

“In addition, certain systemic therapies for psoriasis may rarely be associated with mortality [death] due to chronic cumulative drug toxicity or idiosyncratic reactions, and the disease itself may lead to death in rare instances,” said the researchers.

The study of these patients showed that the ones with severe psoriasis had a 50 percent increased risk of death compared with patients who did not have psoriasis. The average age of death reduced significantly amongst both men and women. For men, the reduction was around 3.5 years whereas women with severe psoriasis died 4.4 years earlier than psoriasis-free women.

It was also emphasized that the patients who have been diagnosed with severe psoriasis should receive proper care and treatment in order to increase their chances of survival.

It was found that severe psoriasis is also linked with various other factors, including smoking, alcohol use and diseases such as obesity, cardiovascular disease and some cancers. So, the people suffering from psoriasis should quit smoking and should exercise regularly if they want to live more.