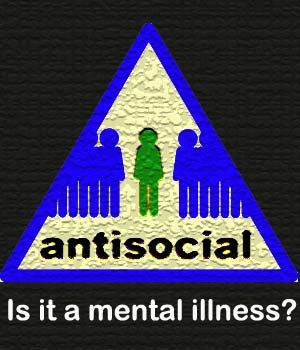 Many a times we see that a number of antisocial elements do not mend their ways even after repeated reform programs. So is it possible that the crimes they commit could be a sort of mental problem? Well we are not the ones backing antisocial behaviour but a novel research suggests so.

Scientists at the Cambridge University claim that antisocial behaviour in adolescent boys could be a form of mental illness apparently caused by low levels of the stress hormone cortisol. They suggest that yoberry may in fact benefit much more from medical treatment than punishment. In stressful situations the levels of cortisol in the body increases causing us to behave more cautiously and thus regulating our emotions especially our temper and violent impulses.

“If we can figure out precisely what underlies the inability to show a normal stress response, we may be able to design new treatments for severe behaviour problems. We may also be able to create targeted interventions for those at higher risk. A possible treatment for this disorder offers the chance to improve the lives of both the adolescents who are afflicted and the communities in which they live,” reveals the study’s lead author Dr Graeme Fairchild.

According to Professor Sheilagh Hodgins, of the Institute of Psychiatry at King’s College London, “The low cortisol suggests they are just too cool, too laid back, so you want to make even more of an effort to get them involved in positive situations that can help them change.”

As part of the research, the scientists analysed a group of 165 boys between 14 to 18 years of age from schools, pupil referral units, and the Youth Offending Service. Among these boys, 70 boys were already diagnosed for conduct problems while the other 95 had no known history of behavioural problems. Over several days in a non-stressful environment, the saliva samples of these boys was collected and measured for levels of cortisol.

The volunteers were then subjected to extremely stressful situations that would get them frustrated. They all played video games that featured a pre-recorded opponent who always failed to cooperate and sent antagonistic messages. To further stress them, the game was to be played under time constraints with the video opponent continuously giving negative assessments of their performance and an experimenter watching. To check how levels of cortisol variated during stress, the samples of saliva were taken before, after and during the experiment.

In the course of the experiment, researches found altering levels of the cortisol hormone in average adolescents and in boys with a history of severe antisocial behaviour. While the levels of the hormone in the former group showed a large increase in stressful and frustrating situations, the levels of cortisol were lowered instead of surging up in the latter group. They suggest that a chemical imbalance in the brain could actually be responsible for bad behaviours and hence this could be a mental illness.

Just like some individuals who are highly susceptible to depression or anxiety due to their biological make-up, researchers indicate that antisocial behaviour could also be dependent on the biology of a person. This fact has hardly been considered previously.

Reports by the Home Office show that almost three-quarters of anti-social behavioural orders are given to offenders below 21 years of age. The Government of UK coughs up approximately £3.4bn per year in response to reports of antisocial behaviour.

The Biological Psychiatry study should help boffins come up with new ways of dealing with antisocial elements.

Hospitalization could take place at all ages, report on H1N1 cases...