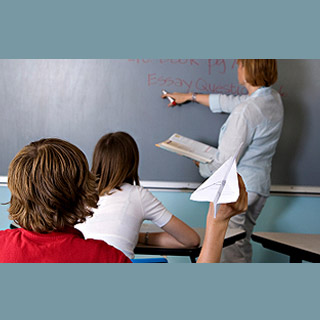 Children can certainly bring a lot of joy and happiness to the house, but parents may have to go through ups and downs while raising them.

Pertaining to this, a latest research from the Yale School of Public Health has found that school children with attention deficit / hyperactivity disorder (ADHD) seem to be significantly more prone in engaging in many types of criminal activity as they grow older. Apparently, these activities range from robbery and theft to drug dealing.

It is estimated that ADHD affects between 2 percent to 10 percent of school children in the United States. This condition seems to be far more widespread in males as compared to females.

Also, ADHD appears to be much higher among close relatives in contrast to the general population, thereby suggesting a genetic origin. In the meantime, treatment for it seems to have increased sharply over the past 20 years with pharmaceuticals, such as Ritalin which are at present commonly used.

For the purpose of better understanding this criterion, researchers were believed to have examined more than 10,000 adolescents. They found that children suffering from ADHD seem to have double possibilities to commit theft later in life. Also, they were noted to have nearly 50 percent higher prevalence of selling drugs.

Apparently, the research findings are the foremost evidence of a link between illegal activity and the childhood condition commonly known as ADHD which uses a national sample of individuals.

Researchers Jason M. Fletcher, assistant professor at the school, and Barbara Wolfe of the University of Wisconsin-Madison were of the opinion that the findings suggest that children exhibiting ADHD symptoms could possibly be viewed as a vulnerable group. More so, intervention programs may perhaps be appropriate.

“While much research has shown links between ADHD and short-term educational outcomes, this research suggests significant longer-term consequences in other domains, such as criminal activities. We also found important differences in the association between adult crime and the type of childhood ADHD symptoms—whether hyperactive or inattentive or both.” says lead researcher, Jason M. Fletcher, assistant professor at the Yale School of Public Health.

Researchers were believed to have estimated that crimes where ADHD is a factor cost society approximately $2 billion to $4 billion each year. Fletcher claimed that the link between ADHD and criminal activity will be further considered by examining whether pharmacological treatments may decrease the risk of illegal activities as an adult. Allegedly, he is also investigating the relationships between childhood ADHD symptoms and labor market outcomes, such as employment and earnings.

The findings of the research have been published in The Journal of Mental Health Policy and Economics.