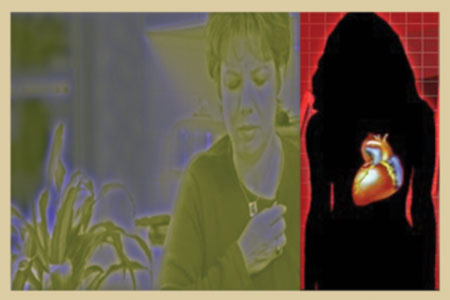 Most of the young women today are not aware of the warning signs of heart attack and more often they think that the heart attacks resemble the typical “Hollywood heart attack”.

Researchers in the United States have examined 30 women, in the average age of 48 years, who had experienced a heart attack in the past. The study involved all the details regarding them, like the number of heart attacks suffered, the early actions (or no actions involved) and the cause for not paying heed to this.

Judith Lichtman of the Yale School of Medicine, a co-author of the study said, “We found that most failed to connect their symptoms with a heart condition, commonly attributing them to fatigue, indigestion, stress or over-exertion”.

There were in-depth telephonic interviews with the women for seven days after their discharge from the hospital in the period of October 2006 and May 5, 2007.

Lichtman said, “The stories they told were incredibly rich in detail, we learned that many of these women had no idea that they were at risk for heart disease”.

The study has rightly figured out looking at the practical aspect that people think that the scenes shown about in Hollywood flicks are the actual symptoms of heart attack. The different factors that were pointed in the study for the delay in the health care system were preference to self-medicate, perceived negative treatment by healthcare providers, competing time/family demands and individual beliefs and behaviors to health system failures.

According to Lichtman the young woman shared their experiences in detail because of the open ended format of the interview and the telephonic interview lasted about 30 to 40 minutes.

Some women said that there was a delay in the appointment from the doctors and thus they couldn’t receive proper guidance for the symptoms of heart attack.

Judith Lichtman added, “Young women represent less than five percent of all heart patients in the US, but that statistically translates into 16,000 deaths and about 40,000 hospitalizations annually – a number that rivals breast cancer in this age group”.

The findings were presented at the American Heart Association’s annual Scientific Forum on Quality of Care and Outcomes Research in Cardiovascular Disease and Stroke, in Baltimore on May 2, 2008.