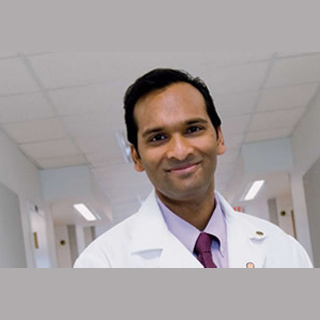 Researchers at the University of Michigan Comprehensive Cancer Center are believed to have discovered what leads to two genes fusing together, a phenomenon that shows the formation of prostate cancer.

Chinnaiyan along with his team appears to have recognized in 2005 a prostate-specific gene called TMPRSS2 that fuses with the gene ERG. ERG is known to play a crucial role in prostate cancer.

Their previous research has shown that this gene fusion could perhaps act as an ‘on switch’ in order to trigger prostate cancer. However, in their present research, they seem to have focused on what causes the gene fusion to occur. According to the American Cancer Society, approximately 192,280 Americans will be diagnosed with prostate cancer this year and 27,360 will die from the disease.

“This work shows the origin of how the gene fusion is actually created and perhaps the origin of prostate cancer itself. This is a triggering event for the genesis of prostate cancer,” says researcher Arul Chinnaiyan, M.D., Ph.D., director of the Michigan Center for Translational Pathology and S.P. Hicks Professor of Pathology at the U-M Medical School and a Howard Hughes Medical Institute investigator.

For the purpose of better understanding this criterion, the researchers took prostate cancer cells that did not reflect the gene fusion but that were sensitive to androgen. Supposedly, androgen is a male hormone known to play a role in some prostate cancers. Further, they were noted to have exposed the cells to androgen. Later, they found that two pieces of chromosome that are normally far apart appear to be relocated near each other.

Subsequently, the researchers seemed to have applied radiation to the androgen-stimulated cells. This stress or insult to the cells that was designed in order to induce chromosomal breaks appears to have led to the occurring of gene fusion.

“We thought the gene fusions occurred as a chance event, but it’s not. Chromosomes can actually be induced in three-dimensional space to be close to each other. Then when an insult to the DNA occurs, the fusion happens,” says lead researcher Ram-Shankar Mani, Ph.D., a research fellow in pathology at the U-M Medical School.

The findings of the research revealed that pieces of chromosome seem to relocate near each other after exposure to the hormone androgen. Apparently, this sets the scene for the gene fusion to occur.

The researchers were of the opinion that the findings could have implications for gene fusions that take place in other cancer types. By understanding how gene fusions occur, they suggest that screening tools or prevention strategies may possibly be developed.

The findings of the research have been published in the journal, Science Express.