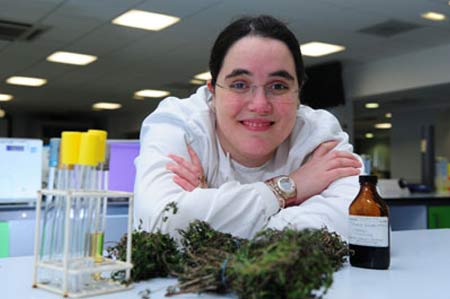 One scroll across the web, and we may land into innumerable treatments for acne. But, the question is which one would suit the skin optimally. According to a team from the Leeds Metropolitan University, herbal remedies could be better than chemical-composed creams for the treatment of acne.

Specifically, a common herb called thyme also going by the name tincture seemed to be beneficial in reducing acne. Tincture is composed of plants and herbs by soaking the plant in alcohol for many days or weeks. Thus, various compounds are extracted from the herb in the process. The team tested the working of the myrrh, marigold and thyme tinctures to see if they destroyed the acne bacterium. On the other hand, a compound used in acne creams called benzoyl peroxide served as a comparison.

Dr. Margarita Gomez Escalada, a Senior Lecturer in Microbiology and Genetics at Leeds Metropolitan commented, “This shows the potential of thyme tincture for treating acne. We now need to carry out further tests in conditions that mimic the skin to confirm the effectiveness in practical use. If thyme tincture is proven to be effective for the treatment of acne, it will provide a natural alternative to current treatments.”

As per the findings of the analysis, thyme tincture was apparently the most effective in treating acne. Its destructive effect on bacteria appeared to be more pronounced than that of benzoyl peroxide. Scientists have now hypothesized that thyme may be a natural therapeutic alternative for acne.

However, human trials are required to affirm the observations. The report was presented at the Society for General Microbiology’s Spring Conference in Dublin this week.