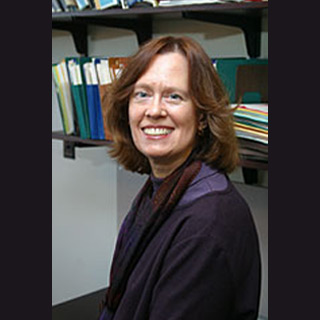 In a shocking revelation by scientists from the University of Michigan and University of Washington, it has come to be known that pregnant women with a history of depression who used psychiatric medicine seem to have tripled their likelihoods of premature child delivery.

The study authors found that a combination of medicine use and depression i.e. either before or during pregnancy appears to be strongly linked to delivery before 35 weeks’ gestation. It was observed that most physicians started pre-term deliveries after the women suffered complications, such as preeclampsia, poor fetal growth, or acute hemorrhage.

“Medication use may be an indicator of depressive symptom severity, which is a direct or indirect contributing factor to pre-term delivery,” says co-author of the study, Kristine Siefert, U-M professor of social work.

During the study, the experts were believed to have examined the associations among maternal depression, psychiatric medicine use in pregnancy and pre-term delivery among women in five Michigan communities who received pre-natal care at one of 52 participating clinics. Moreover, these women appear to have been at least 15 years or older, with no history of diabetes, and were in 15 to 27 weeks of pregnancy between September 1998 and June 2004.

They further analyzed responses of nearly 3,020 women who participated in the Michigan-based Pregnancy Outcomes and Community Health study. Supposedly, this study asked about depressive symptoms that took place within the week of taking the questionnaire. Furthermore, the study also seems to have asked about the women’s history of depression that required medicine, such as tranquilizers or sleeping pills.

The findings of the study revealed that in general, 335 women i.e. 11 percent seem to have delivered pre-term. Among the women who reported having depression during pregnancy, 75 percent appeared to have a history of depression. Additionally, 62 percent were noted to have made use of medicine in the first half of pregnancy.

“Women with depression face difficult decisions regarding the benefits and risks of using psychotropic medications in pregnancy. Therefore, a focus on disentangling medication effects and depression effects on mother and offspring health should be a major clinical priority,” says Amelia Gavin, lead author and assistant professor of social work at the University of Washington.

Another finding showed that without medicine use, elevated levels of depressive symptoms at mid-pregnancy and history of depression seem to have not increased their risk of pre-term delivery.

Gavin claimed that these findings may perhaps emphasize the need for carefully planned studies that can clarify associations between depression, psychiatric medicines and preterm delivery.

The findings of the study have been published in the journal, Women’s Health Issues.