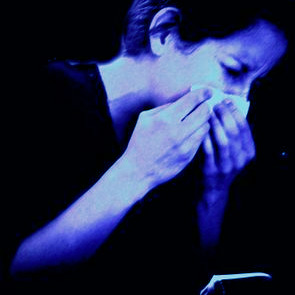 A new study has linked a virus that causes cold and sore throats to obesity. The discovery of adenovirus’ role in obesity can offer a vital clue when developing anti-obese vaccines.

Earlier studies have revealed that poultry and mice infected with the virus gain weight even when they don’t eat much and research has also shown that people, who are obese, carry the virus more than their lean counterparts.

Researchers at Louisiana State University haave found that the virus could cause the growth of fat cells in the body.

The study revealed that stem cells or master cells that can mutate into other cells and tissue were infected with adenovirus as they altered into fat cells.

“We’re not saying that a virus is the only cause of obesity, but this study provides stronger evidence that some obesity cases may involve viral infections,’ said Dr Magdalena Pasarica.

“Not all infected people will develop obesity. We would ultimately like to identify the underlying factors that predispose some obese people to develop this virus and actually find a way to treat it,'” Dr Pasarica added.

However, experts also insisted that diet and exercise is equally important.

“A vaccine won’t help people from eating the food put in front of them at fancy restaurants – it isn’t going to change people’s lifestyle,” said Dr. David Haslam, of the National Obesity Forum.

“Even if a tiny part of obesity is caused by a virus, the food you put in your mouth and the activity you don’t do is key,” Dr Haslam added.