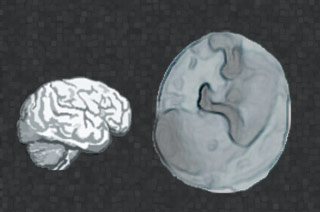 There have been uncertainties regarding the association between preterm birth and brain malformations. Finally, the question regarding this dubious link has, for the first time, gained an accurate scientific answer. This mysterious link between preterm birth and brain malformations was confirmed by the researchers from the Wake Forest University School of Medicine.

This is noted to be the first research to have conducted an analysis on the risk of having a preterm birth, by the infants suffering from a number of congenital brain defects. The link between these two factors allegedly made the experts suspect that the brain malformations may have something to do with preterm birth.

Researcher William Brown, PhD, research associate professor of radiologic sciences, says, “The most important thing about this study is that to-date, it is still unknown why there are so many preterm births. This study suggests that one way to look for the causes of preterm birth is to look at those types of brain malformations that have very strong association with preterm birth, and see if there is some sort of difference between those babies and full-term babies – some sort of soluble factor or an increased amount of something in the preterm babies that is not found in other babies.”

Evidently, earlier analyzes were noted to have demonstrated a link between preterm birth and malformations of the infants’ various other body parts. Even though this link was administered earlier; documenting this association has proved to be difficult. This was explained by stating that the brain defects may remain hidden within the cranium until an autopsy has been conducted. On the other hand, birth registries may be able to verify malformations of the various other body parts.

Brown explains by saying, “There are a lot of preterm births where there are no apparent causes. I speculate that brain defects or other defects not easily detected could be causing some of them and perhaps we should focus on studying coagulopathy (a tendency to excessive blood coagulation and formation of blood clots) to find what the association is between that and preterm birth.”

Until a deeper insight has been gained in the issue, Brown recommends folic acid to be used by women both before and during their pregnancy. Although the exact mechanism is not yet known, it is believed that folic acid may have an effect on coagulopathy. This link has been administered because folic acid notably plays a role within the pathways involved with coagulation.

These findings were published in Pediatrics Research.