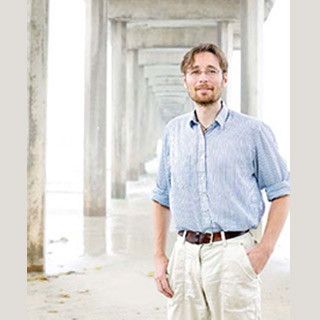 Researchers at the University of California, San Diego are believed to have developed tools that will allow investigators to visualize how different cell populations of cells communicate. This novel finding seems to have been carried out via imaging mass spectrometry. In addition, this research shows how bacteria talk to one another, an understanding that could lead to novel therapeutic discoveries for diseases ranging from cancer to diabetes and allergies.

Researchers illustrated a method which they developed to describe how bacteria seem to interface with other bacteria in a laboratory setting. Pieter C. Dorrestein and post-doctoral students Yu-Liang Yang and Yuquan Xu, along with Paul Straight from Texas A&M University appear to have made use of a technology called natural product MALDI-TOF (Matrix Assisted Laser Desorption Ionization-Time of Flight) imaging mass spectrometry for the purpose of uniquely translating the language of bacteria.

Microbial interactions, such as signaling seem to have been usually considered by researchers in terms of an individual, predominant chemical activity. However, a single bacterial species may perhaps be capable of producing many bioactive compounds that can modify neighboring organisms.

This approach developed by the UCSD research team was noted to have enabled them to examine the effects of multiple microbial signals in an interspecies interaction. Supposedly, it revealed that chemical ‘conversations’ between bacteria involve many signals that work at the same time.

“Scientists tend to study the metabolic exchange of bacteria, for example penicillin, one molecule at a time. Actually, such exchanges by microbes are much more complex, involving 10, 20 or even 50 molecules at one time. Now scientists can capture that complexity.” says lead researcher Pieter C. Dorrestein, PhD, assistant professor at UC San Diego’s Skaggs School of Pharmacy and Pharmaceutical Sciences.

“Our ability to translate the metabolic output of microbes is becoming more important, as they outnumber other cells in our body by a 10 to one margin. We want to begin to understand how those bacteria interact with our cells. This is a powerful tool that may ultimately aid in understanding these interactions,” elucidates Dorrestein.

In order to communicate, bacteria are known to secrete molecules that tell other microbes, in effect, ‘I am irritated, stop growing,’ ‘I need more nutrients’ or ‘come closer, I can supply you with nutrients.’ Also, other molecules are secreted that could turn off the body’s defense mechanisms.

According to Dorrestein, understanding the means by which microorganism cells talk to one another will perhaps facilitate therapeutic discovery. For example, knowing how microbes interact with human immune cells may result in discovery of new immune system modulators. Additionally, how these molecules control bacterial growth may lead to novel anti-invectives. Both appear to be active areas of investigation in his laboratory.

The researchers anticipate that this tool may probably facilitate development of a bacterial dictionary that translates the output signals. The team is at present believed to be mapping hundreds of such bacterial interactions. They hope that this approach could possibly also enable them to translate these bacterial-mediated mechanisms in the future.

The findings of the research have been published in the journal, Nature Chemical Biology.