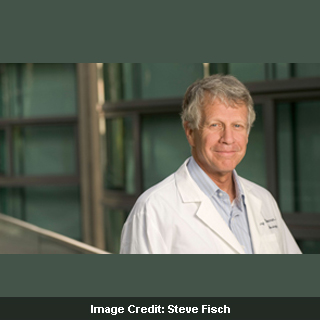 Multiple sclerosis is said to be a disease in which the fatty myelin sheaths around the axons of the brain and spinal cord are impaired, resulting in demyelination and scarring in addition to a wide range of indications and symptoms. A study in both animal models and human blood sample proposes there could be two different versions of multiple sclerosis.

If these discoveries are believed to be established in bigger human studies and by other laboratories, people suffering from multiple sclerosis might one day be able to take a simple blood test to observe whether they could respond to treatment with the usual multiple-sclerosis therapy.

Public health may profit too as the cost savings from being able to envisage in advance which patients may gain from beta-interferon. It is an expensive bioengineered drug whose worldwide sales are approximately $4 billion. Beta-interferon’s by and large effectiveness is only fair, with possibly half of all multiple-sclerosis patients undergoing an average one-third decrease in recurrences. Moreover, its unsettling side effects like flulike symptoms seem to make compliance an issue for patients, especially given the drug’s dodgy effectiveness.

Senior study author Lawrence Steinman, MD, the George A. Zimmerman Professor of Neurology and Neurological Sciences at the Stanford University School of Medicine and his colleagues utilized a recognized animal model of multiple sclerosis known as experimental autoimmune encephalitis, or EAE, which they appeared to provoke by injecting the animals with myelin in a way that apparently caused the immune system to unsuitably assault the animals’ own myelin nerve-cell coatings.

Several nerve cells in mammalian brains and peripheral tissues ought to transmit electrochemical impulses over huge distances and that too swiftly. Long, wirelike projections that send out these cells’ signals to other nerve or muscle cells are believed to be covered by myelin.

A few years ago while still a PhD student at the University of Alabama, the study’s first author, Robert Axtell, had illustrated that, as in people with multiple sclerosis, beta-interferon could outdo paralysis in mice with EAE. But it apparently turns out that EAE could be stimulated by two diverse autoimmune pathways, typified by diverse patterns of secretion by T cells.

Similar to nerve cells, immune cells may also converse with one another across long distances, but they appear to achieve this via several chemicals known as cytokines that they discharge into the blood. Immune cells on the receiving end of a cytokine ‘signal’ could react rather differently, depending on the certain kind of cytokine to which they are uncovered. Two cytokines named gamma-interferon and IL-17 seem to be inclined to persuade the types of inflammatory immune-system arousal that could activate multiple sclerosis.

Axtell, Steinman and their colleagues could provoke two seemingly identical types of EAE in mice by steering the myelin-attacking T cells to chiefly exude either gamma-interferon or IL-17, correspondingly. The scientists discovered that beta-interferon appeared to enhance the condition of animals who’s EAE had been stimulated by gamma-interferon-secreting T cells. But they aggravated symptoms in those whose EAE had supposedly been persuaded by IL-17-secreting T cells.

Another postdoctoral scholar in the Steinman lab, Brigit deJong, MD, the study’s second author, had formerly been included in a study in Amsterdam in which multiple-sclerosis patients were presumably treated with beta-interferon and thoroughly followed up. The Stanford group acquired blood samples extracted from roughly 26 of these patients both before and about two years following the initiation of treatment. Without knowing which samples came from patients who had reacted well or poorly to beta-interferon treatment, they supposedly carried on gauging IL-17 levels in those samples.

In due course, patients’ follow-up histories were seemingly disclosed to the study authors and their measured IL-17 levels were teamed up with their post-treatment progress. A lucid pattern seems to materialize. Measurements of a specific range of IL-17, known as IL-17F, apparently collected at either extremely elevated or very low levels in individual patients’ blood.

Those having very low identifiable blood levels of IL-17F seem to react well to beta-interferon treatment, thereby undergoing no relapses or instances of necessary steroids. But patients with extremely elevated IL-17F levels appeared to react poorly by the same criteria. Actually, there seems to be some confirmation that beta-interferon actually deteriorated these patients’ conditions.

The study was published in Nature Medicine.