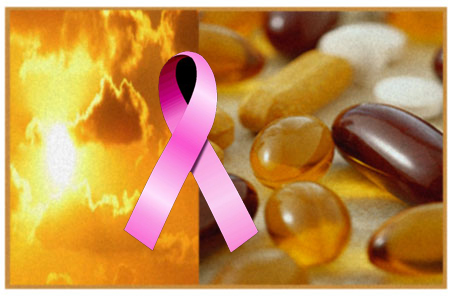 Researchers at the Moores Cancer Center at University of California, San Diego and the Department of Family and Preventive Medicine have demonstrated a link between the deficiency in exposure to sunlight, precisely in ultraviolet B (UVB) and breast cancer.

The UVB exposure prompts photosynthesis of vitamin D3 in the body. The other sources of vitamin D are also available in other food and supplements.

Cedric F. Garland, Dr. P.H., professor of Family and Preventive Medicine in the UCSD School of Medicine, and member of the Moores UCSD Cancer Center said, “This is the first study, to our knowledge, to show that higher serum levels of vitamin D are associated with reduced incidence rates of breast cancer worldwide.”

The reports used the latest tool called GLOBOCAN which is developed by the World Health Organization’s International Agency for Research on Cancer. GLOBOCAN contains information about cancer incidence, mortality and prevalence for 175 countries.

The team of researchers made a graph with a vertical axis for breast cancer incidence rates and even horizontal axis for latitude. It ranged from -50 for the southern hemisphere up to zero for the equator and for northern hemisphere it was + 70. 175 countries were structured in the age-standardized incidence rates. And then it looked like a smile when one looked at the result chart which was like a parabolic curve.

“In general, breast cancer incidence was highest at the highest latitudes in both hemispheres,” said Garland. “Even after controlling for known variables such as meat, vegetable and alcohol intake, cigarette consumption, weight, fertility and others, the inverse association of modeled vitamin D status with breast cancer incidence remained strong.”

The authors have suggested studying the participants further to know the e effect of vitamin D from sun rays, diet and other supplements which are on the risk of breast cancer.

The study has been published in the May-June 2008 issue of The Breast Journal.