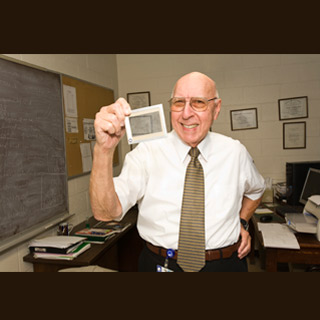 Researchers have found that hormones produced during pregnancy seem to induce a protein that directly hinders the growth of breast cancer. This protein, alpha-fetoprotein (AFP) could serve as a potential, well-tolerated agent for the treatment and prevention of breast cancer.

Lead researcher Herbert Jacobson, Ph.D., also a basic breast cancer researcher in the Center for Immunology and Microbial Diseases and in the Department of Obstetrics, Gynecology and Reproductive Sciences at Albany Medical College, N.Y. says, “Hormones in pregnancy, such as estrogen, all induce AFP, which directly inhibits the growth of breast cancer. The body has a natural defense system against breast cancer. AFP needs to be safely harnessed and developed into a drug that can be used to protect women from breast cancer.”

Jacobson along with his colleagues was believed to have sought whether administering pregnancy hormones to carcinogen-exposed rats led them to produce AFP. This AFP apparently in turn produces the protective effect of pregnancy in the absence of pregnancy. The findings of the study revealed that treatment with estrogen in addition to progesterone, estrogen alone or human chorionic gonadotropin seemed to have reduced the occurrence of mammary cancers in rats.

Besides, the authors noted that each of these treatments appeared to have elevated the serum level of AFP and that AFP directly inhibited the growth of breast cancer cells growing in culture. This could perhaps suggest that these hormones of pregnancy are preventing breast cancer by means of their induction of AFP.

Cancer Prevention Research Editorial Board Member Powel Brown, M.D., Ph.D. and a professor of medicine and cancer prevention and clinical cancer prevention department chairman at the University of Texas M. D. Anderson Cancer Center said that, “The researchers have not directly demonstrated the cancer preventive activity of AFP; instead they found an association of these hormones preventing mammary tumors. None of these treatments prevented mammary tumors in 100 percent of the rats, it appears to delay mammary tumor formation and prevent breast cancer development in approximately 30 to 50 percent of the rats.”

“This study is promising and suggests that additional animal studies need to be done before translation to humans. We may want to further test AFP for its cancer prevention activity,” he continues.

Even as these preclinical findings are significant and suggest a role of AFP in breast cancer prevention, they may not be used in the clinic. At present, Jacobson along with his colleagues is noted to be carrying out studies in which they have isolated a small piece of AFP molecule and are working to convert it into a breast cancer preventative agent.

The findings of the research have been published in Cancer Prevention Research.