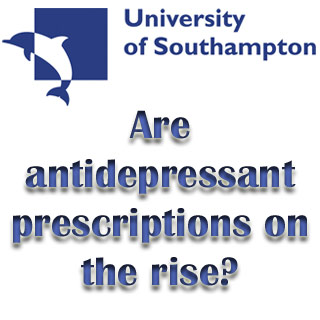 According to scientists from the University of Southampton, there seems to have been a remarkable rise in antidepressant prescriptions issued by GPs. Allegedly, this rise has caused by a year on year increase in the number of people consuming antidepressant drugs on a long-term basis.

During the study, the team was believed to have examined all the latest cases of depression between the year 1993 and 2005. The analysis was noted to have been performed from anonymous computerized general practice records involving about 170 GP surgeries and 1.7 million registered patients.

“We estimate that more than 2 million people are now taking antidepressants long-term over several years, in particular women aged between 18 and 30,” comments lead author of the study, Tony Kendrick, a professor in Primary Medical Care of the University’s School of Medicine.

Prescription Pricing Authority data was believed to have shown that more than 30 million prescriptions for SSRIs (selective serotonin reuptake inhibitors) such as Prozac and Seroxat are currently issued every year, twice as much as the early 1990s. Scientists found nearly 90 percent of people diagnosed with depression seem to be at present taking SSRIs either continuously or as frequent courses over several years.

Professor Kendrick claimed that their previous study found that though these drugs are said not to be addictive, several patients found it difficult to come off them, because of withdrawal symptoms including anxiety.

Apparently, many wished for extra assistance from their GP in order to come off the drugs. However, scientists seemed to have been unaware as to how many actually required them and whether long-term use is harmful. This may perhaps have similarities to the condition with Valium in the past.

The findings of the study have been published in the British Medical Journal.