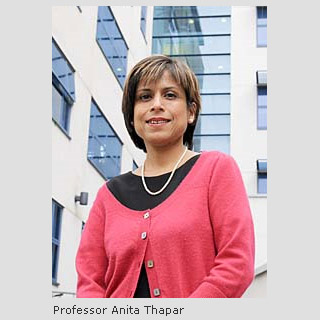 A couple of months ago, we read that asthmatic children are prone to developing ADHD in adolescence. Extending this link further, a team from the Cardiff University along with colleagues from Eire and Scotland has discovered that the children suffering from Attention Deficit Hyperactivity Disorder have more chances of carrying the copy number variants (CNVs) as compared to the general population.

CNVs can be described as duplicated or omitted small DNA segments, which could play a part in biological pathways linked to ADHD. Additionally, the team also suggests that it may be a more common type of genetic variant called Single-Nucleotide Polymorphisms or SNPs that is tied to ADHD risk.

Anita Thapar, Professor of Child and Adolescent Psychiatry at Cardiff University’s School of Medicine, who also headed this study, conveyed, “These results replicate our finding last year that large, rare copy number variants are significantly more common in children with ADHD than those unaffected. However, we also show that other genetic variants need to be examined and SNPs cannot be ruled out of playing a part. We have also identified 13 biological pathways for further investigation ADHD is a complex disorder like all neuropsychiatric problems which means multiple types of genetic and non-genetic risk factors will be involved”.

Last year, scientists from the university had also revealed that the possibility of carrying CNVs was more probable in children with conditions like autism. Recently, the team also found out that there was no major difference between children with and without ADHD, by studying SNPs. But the thirteen biological pathways which linked CNV variants also connected to SNP variants, and these affect the development of the CNS.

This research has been published in the American Journal of Psychiatry as a paper titled Investigating the Contribution of Common Genetic Variants to the Risk and Pathogenesis of ADHD.