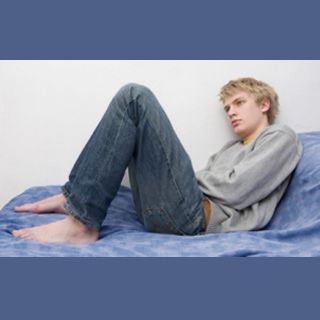 According to a latest study, anxiety may perhaps be more than a rite of passage for insecure teenagers. In a shocking revelation by study authors from the Universite de Montreal, Sainte-Justine University Hospital Center and McGill University, it has come to be known that insecure adolescents seem to experience more severe pain.

Supposedly, this intense pain is in the form of everyday headaches, abdominal pain and joint pain. In addition, these teens appear to be more likely to be depressed as compared to peers with secure attachments.

Dr. Isabelle Tremblay and Dr. Michael Sullivan, a psychology professor at McGill University were believed to have started this study to build on earlier findings that childhood experiences play a major role in the relationships people develop in later life. For instance, insecure infants could possibly grow up to be insecure adolescents and later insecure adults.

“Although previous studies in adults found that an individual’s security level was influenced by painful experiences, it was not clear why relationship security should be related to pain,” says Dr. Isabelle Tremblay, a researcher at the Universite de Montreal and its affiliated Sainte-Justine University Hospital Center.

For the purpose of the study, authors recruited some 382 students, from Grades 8 to 12, from a francophone high school in Montreal, Canada. Further, participants were asked to fill questionnaires on the frequency and intensity of their emotional and physical pain.

The findings of the study revealed that adolescents with insecure relationships tend to be more ‘alarmist’ about their pain symptoms. Moreover, they seemed to have a tendency to exaggerate the degree of threat or severity of their pain. This amplification could lead to more intense pain and more severe depressive symptoms.

The authors were of the opinion that interpersonal factors must be considered when managing adolescent experiences of pain and depression. Adolescents are known to have different health and mental health needs as compared to adults. Though interpersonal factors have not been considered integral component of the treatment of pain and depression in adults, these factors may possibly be considered in the treatment of adolescents.

The findings of the study ‘Attachment and Pain Outcomes in Adolescents: The Mediating Role of Pain Catastrophizing and Anxiety’ have been published in The Journal of Pain.