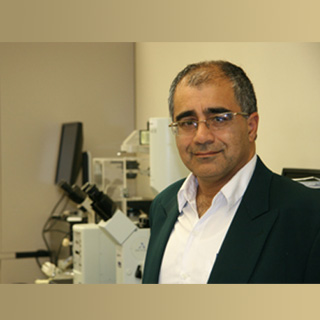 It is seen that children suffering from Down syndrome do not seem to be developmentally delayed at birth but as they age, these kids apparently lag behind the normal ones. Memory deficits supposedly innate in Down syndrome could hamper learning, thereby making it tough for the brain to gather experiences required for standard cognitive development.

Discoveries from the Stanford University School of Medicine and Lucile Packard Children’s Hospital apparently threw light on the neural basis of memory defects in Down syndrome and propose a novel approach for treating the shortcomings with medication. The study, which was performed in mice, is claimed to be the first to demonstrate that increasing norepinephrine signaling in the brains of mice hereditarily engineered to mimic Down syndrome could enhance their cognition. Norepinephrine is a neurotransmitter that nerve cells utilize to interact.

Down syndrome is a genetic disorder which is said to be due to an additional copy of chromosome 21. By means of a mouse model, experts are investigating as to how exactly the brain falters in Down syndrome.

Ahmad Salehi, MD, PhD, the primary author of the study, commented, “If you intervene early enough, you will be able to help kids with Down syndrome to collect and modulate information.”

“Theoretically, that could lead to an improvement in cognitive functions in these kids,” mentioned, Salehi, a research health science specialist at the Veterans Affairs Palo Alto Health Care System, who was a senior scientist in neurology and neurological sciences at the School of Medicine when the study was performed.

Individuals with Down syndrome apparently struggle to apply spatial and contextual information to create new memories, a role that could be relied on the hippocampus portion of the brain. As a consequence, they seemed to have difficulty in learning to steer difficult surrounding such like a new neighborhood or a shopping mall. But they appear to be much better in recollecting details associated with colors, sounds or other sensory cues as such sensory memories are said to be synchronized by a different brain structure, the amygdala.

Salehi and his colleagues supposedly tried finding out the cause of the problems in the hippocampus. Usually, as relative or relational memories are created, hippocampal neurons supposedly obtain norepinephrine from neurons in a different portion of the brain, the locus coeruleus. The experts illustrated that, like humans with Down syndrome, the mice in their experiments apparently went through premature deterioration of the locus coeruleus.

When the locus coeruleus supposedly broke down in the study’s mice, the animals were claimed to be disastrous at easy cognitive tests that needed them to be responsive of alterations in the setting. For example, the hereditarily engineered mice, when positioned in an unfamiliar environment of an unidentified cage, did not construct nests. That apparently differs with standard mice, which could usually put up nests in such situations.

Nevertheless, by giving norepinephrine precursors to the mice with the Down-syndrome-like condition, the experts could repair the trouble. Only a few hours after they recieved the drugs, which were transformed to norepinephrine in the brain, these mice were apparently just as good at nest-building and connected cognitive tests like usual mice. Direct assessment of neurons in the hippocampus of the hereditarily changed mice demonstrated that these cells apparently reacted well to norepinephrine.

Other studies of drug therapies for Down syndrome have supposedly aimed at a different neurotransmitter, acetylcholine, which could also perform at the hippocampus. Based on his team’s new findings, Salehi mentioned the perfect medication regimen for enhancing cognition in Down syndrome could probably enhance both norepinephrine and acetylcholine signals.

The new study also supposedly presents the primary direct connection between locus coeruleus breakdown in Down syndrome and a particular gene. Individuals with Down syndrome apparently have an additional copy of a gene known as APP on their extra chromosome 21.

Other experts have apparently associated APP to Alzheimer’s disease, a different disorder in which spatial orientation and memory formation could go off-center. Salehi and colleagues have apparently in the past related APP to the breakdown of neurons that could make acetylcholine in these mice.

These results could offer a ray of hope and optimism for the Down syndrome community for the future. Thus was mentioned by Melanie Manning, MD, director of the Center for Down syndrome at Lucile Packard Children’s Hospital who was not a part of the research team.

This study was published in the Science Translational Medicine.