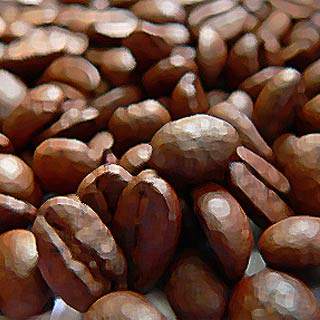 Numerous claims have made been regarding the health effects of drinking coffee. One such belief that was long presumed to have been attributed to the consumption of coffee was that they may induce bad breath in the drinker.

However a latest observation suggests that coffee may infact prove to be beneficial in curbing the development of the bacteria leading to bad breath. This eye-opening analysis was made by breath specialist Professor Mel Rosenberg from the Sackler Faculty of Medicine, Tel Aviv University.

It was evidently noted that coffee extracts may be useful in preventing the malodorous bacteria from making its presence being felt.

Professor Rosenberg says that it is usually believed that coffee gives rise to bad breath, “and it’s often true, because coffee, which has a dehydrating effect in the mouth, becomes potent when mixed with milk, and can ferment into smelly substances.”

However this may not be the case at all times. “Contrary to our expectations, we found some components in coffee that actually inhibit bad breath,” adds Professor Rosenberg.

“The lesson we learned here is one of humility,” says Professor Rosenberg. “We expected coffee would cause bad breath, but there is something inside this magic brew that has the opposite effect.”

Following this analysis, Professor Rosenberg apparently hopes to detect the bacteria-fighting components present in coffee which give it this unique ability. This anti-bacterial effect of coffee is believed to later be useful in the potential development of breath mints, gum and mouthwash.

It was further also noted that purified coffee extract could possibly be added to breath mints in order to prevent the development of bacteria. This may in turn aid in curbing bad breath from the core itself.

These findings were believed to have been presented at the International Society for Breath Odor Research, Germany.