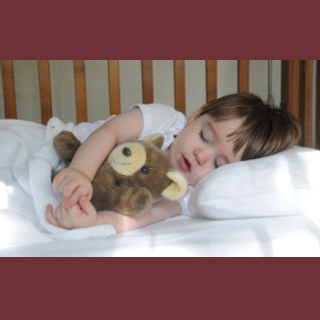 Parents of young boys who are hyperactive may want to pay attention to this piece of news. A study claims that hyperactive boys apparently get very little sleep, which could deteriorate their condition. This is alleged to be the first study to analyze a big sample of children and to study the connection between lack of sleep and hyperactivity.

The study included about 2057 mothers. They supposedly responded to annual questionnaires regarding sleep duration and hyperactivity of their children. Information was gathered until the kids were five years and was examined by a set of study authors from the Université de Montréal, its allied Hôpital du Sacré-Cœur de Montréal and Sainte Justine University Hospital Research Center, in addition to the Université Laval and the French National Institute for Health and Medical Research (INSERM).

“Hyperactivity problems may interfere with night-time sleep. We found that children who didn’t sleep long were generally hyperactive boys who lived under adverse family conditions,” commented, senior author Jacques Montplaisir, a professor in the Université de Montréal Department of Psychiatry and director of the Sleep Disorders Center at Hôpital du Sacré-Cœur de Montréal.

MontPlaisir explained, “On the other hand, short or fragmented sleep leads to sleepiness, which could manifest as hyperactivity in boys.”

He observed that children who could sleep continuously for at least 11 hours apparently had less hyperactivity scores.

He added, “However, the risk of abbreviated sleep in highly hyperactive children is stronger than the risk of hyperactivity among kids with short sleep duration.”

It was discovered that apparently boys more than girls whose mothers had less education, inadequate family income and who entered the parental bed following an awakening at night when they were young supposedly had more chances of having both short sleep period and elevated hyperactivity.

Around 92.1 percent of the mothers were claimed to be a homogenous group of mothers who were white and French-speaking Quebecers. Some of the questions asked were the average time the child sleeps at night and the frequency of the child getting impatient or hyperactive?

The study was published in the journal Pediatrics.